Home Entertainment Two Point Campus: how to fight the invaders 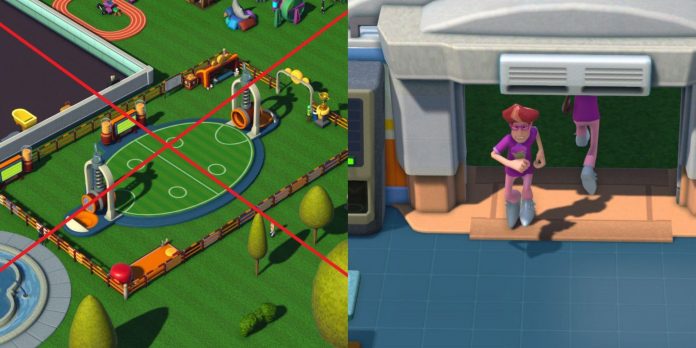 “Two points.” They usually wear funny outfits, and their number is small. In a few years there will be more than a dozen of them, and it seems almost impossible to remove them all. Meanwhile, they cause damage that takes months to fully recover.

Obviously, it’s not at the discretion of the player on each map, but there are several locations that allow players to choose which course they want to choose. If at your discretion, do not choose courses such as Knight School, Academic Exercises, Dark Arts or Archaeology.

The invaders are directly linked to the courses. The school of thought, being a complex course, has absolutely no invaders. If it can help, just don’t choose and update the courses that come with the invaders. The best defense against invaders is complete prevention.

The train of fast janitors

It is extremely important to choose janitors with the “Fast” trait, as this is the most important trait in the game for any employee. They will have to run around campus more than in any other position. This is already critical, doubly so for the invaders.

Train fast wipers in safety and aerodynamics. Most of the battle falls on the invaders, not just fighting them. Once the invaders are caught, the cleaners automatically displace them, so it’s all about speed to get to them before they create too many problems.

All hands on deck during the invasion

The wipers don’t treat the intrusion as something special. For example, if there is garbage on the ground, and the invader breaks something right behind this garbage, the cleaner will remove the garbage first, because it is closer.

When the invasion begins, immediately pause the game. Go to each cleaner, go to the “Job Assignment” tab and uncheck all the boxes except “Security”. Then they will focus only on destroying the invaders. After they all disappear, pause again and re-select other tasks.

Experts have warned of Zoom fatigue!