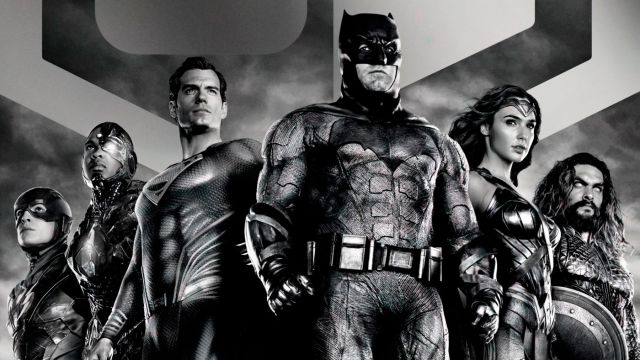 The new version of Justice League presents two new promotional images ahead of its premiere on March 18 on HBO.

New facts about the film

Thus, Ben Affleck’s imposing Batman occupies a prominent place in both compositions, since he is the character that motivates the creation of the Justice League and who is recruiting each superhero in the face of an imminent extraterrestrial threat. On the other hand, in recent days Snyder has continued to share unpublished information about his new film without falling into spoilers about his plot, advancing, yes, certain details of characters such as Batman, Deathstroke, Joker or Darkseid, among others.

To begin with, it was always in Snyder’s plans to have the Joker, something that he has been able to do with the apocalyptic version of actor Jared Leto, an aesthetic for which he did not consult with the director of Suicide Squad, David Ayer; it is an interpretation of Snyder himself. On his part, Darkseid has very human motivations according to Snyder, for something that happened in the past that he is trying to correct.

Apparently, Batman will work alongside Cyborg, Deathstroke and the Joker in the nightmare future, something we already saw in the second trailer of the film; thus, the appearance of Joe Manganiello’s Deathstroke will have nothing to do with the post-credits scene of the Justice League of cinema. Finally, Snyder reveals that the latest teaser clip of the Snyder Cut with the superheroes as part of the Mother Boxes hides “a million Easter eggs with arguments in case we had to continue beyond the Zack Snyder’s Justice League.”

Android 12 will let you play an app while it downloads