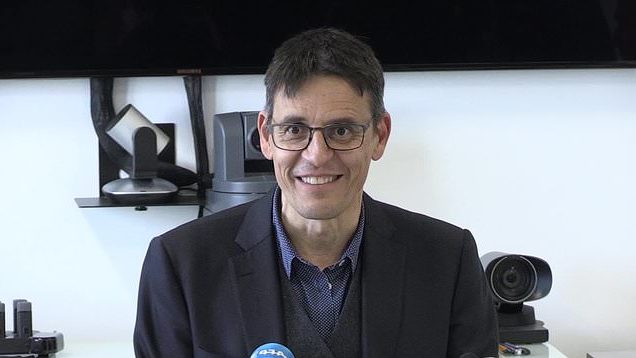 A theoretical physicist proposed new methods to scientists, stating that the methods used to find aliens such as ‘sending signals’ are insufficient. The physicist said that the properties of exoplanets can be studied to detect alien life forms.

Many people, whether scientists or not, have taken different ways to witness the existence of aliens. Some curious people were constantly watching with their telescopes on the balcony of their house to catch clearer images. The idea that some radio waves from the depths of space came from intelligent life forms outside the Earth and some uncertain findings like this fueled the curiosity of alien enthusiasts.

A Nobel Prize-winning physicist said that all these efforts involve unnecessary effort with the recent statements; He said there are easier ways to spot the alien. Instead of sending signals and waiting for back signals, the physicist offered to focus on the structures of other planets, offering two new methods.

Atmospheric chemistry:
Theoretical physicist Frank Wilczek stated that finding aliens could be possible by identifying specific features and chasing them. Nobel Prize-winning scientist explained that these features are some of the structural features attached to the planets.

According to Wilczek’s article in the Wall Street Journal, it’s hard to figure out which of the 4,000 exoplanets can host smart life forms. Listening to signals from space is now an inefficient and inefficient method. The only thing that can help us on this path is to innovate in exoplanet astronomy to obtain detailed information about distant objects in space.

If we consider the negative effect that humans have on Earth’s atmosphere, it would not be unreasonable to think that such an effect might occur on other planets as well due to aliens. Wilczek’s views on the subject are as follows: “The atmosphere has an important place in seeking alien life forms because the atmosphere of a planet can be altered by biological processes that create effects such as the effect of photosynthesis on our atmosphere.”

Planetary temperatures:
In addition to these, studies may have been carried out by aliens to shape the atmosphere of a planet. It is an assumed possibility that an advanced alien civilization likens a planet to its own planets in terms of atmosphere. Especially if we consider the idea that Elon Musk wants to throw an atomic bomb on the planet in order to start the atmosphere formation on Mars, someone may have thought of it before.

One of Wilczek’s opinions is that aliens may have created some kind of greenhouse effect to affect planet temperatures. According to the physicist, aliens may have resorted to heating the planet to make a planet habitable or to access resources under ice. The increase in temperature may also be caused by a nuclear activity on the planet.

These two methods have the potential to facilitate finding aliens. Aliens who want to be found and communicate according to Wilczek may be trying to attract the attention of exoplanet astronomers using planets.

Angle and place of impact caused asteroid to decimate life on...