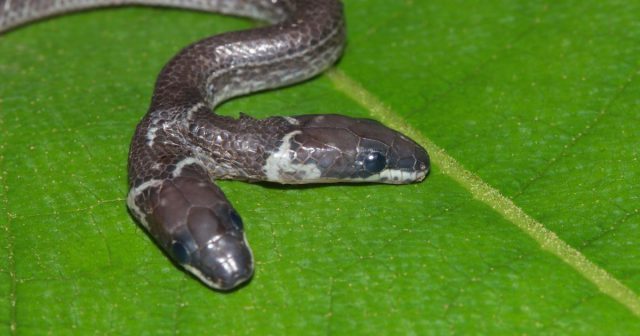 Interesting looking animals have found wide coverage in epics and mythological stories throughout history. Snakes are also among the most important animals in the leading roles of these stories and epics.

However, scary and interesting looking snakes are not only featured in mythological stories and epics. In recent days, a double-headed snake has been displayed in India, which does not look mythological drawings with its appearance.

Indian photographer Rakesh Mohalick met a snake with two heads as he wandered to take pictures in the forest of Keonjhar in Odisha state of India. Discovering the snake with a surprising appearance, Mohalick hurriedly took photos and video of the snake.

Rakesh Mohalick explained that both heads of the wolf snake are moving independently. Mohalick also added that the two heads competed for food. The Indian photographer added that such creatures have a serious advantage to survive in the wild.

Video of the two-headed snake:

Microplasty Was Found In The Intestines Of Insects In Antarctica

Russia will take tourists to space in 2023

It Was Discovered That Dolphins Can Learn ‘Something’ From Each Other