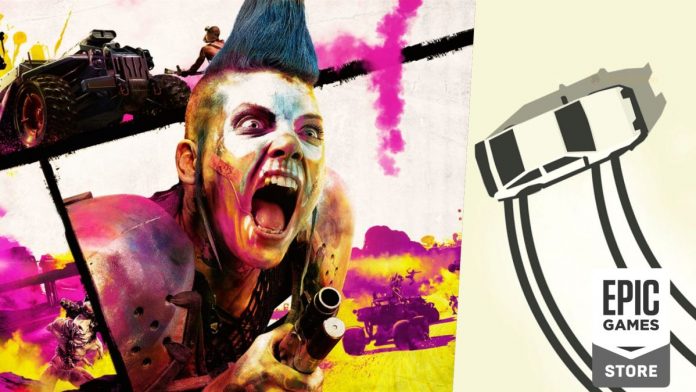 Rage 2 and Absolute Drift are the next free game pair chosen on the Epic Games Store. Know the dates they will be available.

Epic Games Store confirms the next two free games for February 2021. After having offered Halcyon 6, now available for download, the American giant reveals the next chosen pair.

So is. Rage 2 and Absolute Drift: Zen Edition will be part of the next wave of free games on the platform from the creators of Fortnite. Both will be available from February 18 at 17:00 CET until the 25th of the same month. As always, once you add them to the library they will stay linked to your profile forever.

The latest batch of free games featured another disparate couple. Metro Last Light Redux and For the King were selected from February 4 to today, the 11th. As we said at the beginning, the 2D battles in Halcyon 6 space are the main signature of the free title at the moment, which will be extended as of February 18. Launched in 2016, you will have to manage a space station where you can contribute to efforts to quell the advance of a “mysterious alien force” that is heading for Earth, as Massive Damage Inc points out in its EGS profile. You can find the download link below:

In the case of the Bethesda production, in our analysis we pointed out that it is a game “that wants to stand out”, but “cannot do it”. “His combat is solid and the feeling of increasing in power throughout the experience works really well, but there are his great virtues,” we said. It obtained a rating of 6.5 out of 10, where we highlighted its combat, secondary content and the tree of improvements. By contrast, we saw “innumerable technical errors” and too much repetition, “for better and for worse.”

Apple claims to sign a new country for iPad production