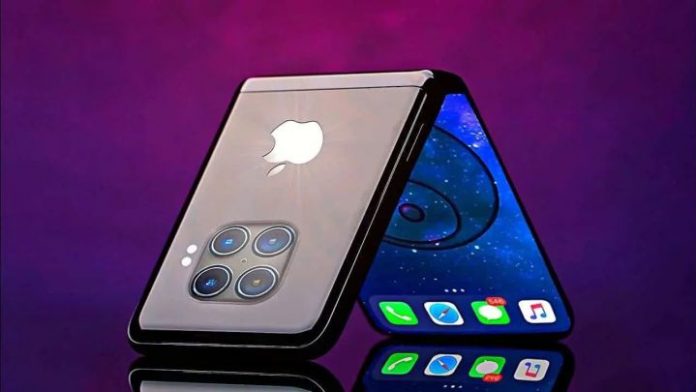 After several years of rumors, prototypes and demos, 2019 was the year that flexible screen mobiles hit the market. Still too novel (and expensive) for the standard public, although considered the next evolutionary step in smartphone technology, brands such as Samsung, Huawei or LG already have several models on the market.

And since these appeared in stores, many people ask the same question: Will Apple also enter this field?

Since the end of 2020 we are seeing news that those in Cupertino would be working on designs to add a flexible screen to their next mobiles. But according to information in the Taiwanese newspaper Economic Daily News, the project would be more advanced than we might think.

According to a source in the newspaper, Apple is working on not one, but two new devices:

– An iPhone with 2 screens joined by a hinge, Samsung Galaxy Fold style

– An iPhone with a long screen that folds vertically like clamshell / flip phones, similar to Samsung’s Galaxy Z Flip or Lenovo’s Moto RAZR.

In testing at Foxconn

According to the newspaper, both terminals, still considered prototypes, are currently being tested at Foxconn’s factory in Shenzhen, China. It seems that the clamshell model, which would mount a Samsung OLED flexible screen, is somewhat ahead in the tests, and the other more book / wallet type would have to wait.

As for when Apple’s foldable model will launch, it’s still too early to tell as Apple hasn’t even confirmed its development schedule for foldable screen phones. But the Taiwanese media speculates that its release to the market will be at the earliest “late 2022, or even 2023.”

See Also
The next iPhones could charge the AirPods

According to market research firm Display Supply Chain Consultants (DSCC), Samsung’s market share for foldable phones will reach 88% this year, outperforming the rest of its competitors. Another reason Samsung is dominating the foldable phone market this year is that Huawei, another major foldable phone maker, has been delayed in launching new foldable models due to the US ban.

Will Apple enter the flexible terminal game next year?

Top 10 Countries That Have Adopted Cryptocurrencies