Home Entertainment Two and a Half Men: What we suspected about the show’s controversial...

Despite Charlie Sheen’s fall from grace during and after the show, Two and a Half Men developed a strong following. He did so well, in fact, that the showrunners replaced Charlie with Ashton Kutcher to get another shot at the series. While everyone knows how that ended, the fact remains that the show had a solid run. But fans speculate that his ending was very much a sign of the times. In fact, they think that if the show was released today, no studio would dare touch it.

Two and a Half Men had a lot going for it. There was wit, sarcasm, tons of celebrity appearances. But if it were to release today, fans say there are some problematic things that would make it impossible. Many claim that “with how sensitive everyone is these days,” they didn’t think the show would take off if it was released in 2022. Remember, the show ran from 2003 to 2015, and a lot has changed since debut and even since. the conclusion of the show.

As for whether the show could have been made “exactly the way it was,” many fans say no, it wouldn’t work. They point out that some jokes about LGBTQ+ groups should be removed. But it’s not just those off-color jokes that would make Two and a Half Men a flop.

On top of this, if it were released today, fans say Two and a Half Men might not have Charlie Sheen around. Sure, a lot of the humor and themes could be cleaned up and gain general public approval. But Charlie’s history with domestic violence and other issues would mean that they would need a different kind of main character. Too bad Hugh Grant was never up to the task of becoming Charlie Harper, maybe that would have worked!

Of course, the overall theme of the show would also need to be updated, commenters noted. Essentially, the “overarching general objectification and negative portrayal of women during Charlie’s era” wouldn’t sit well with modern viewers, they suggest. Especially in terms of underage and drunk relationship encounters; from sexualizing Berta’s teenage granddaughter to the number of adult drinks on the show, it added to an awkward atmosphere. At least, it would be for today’s audiences, fans say.

As for his final admission, despite the show’s overall defense, fans say the lack of racial diversity is likely another talking point. Ultimately, Two and a Half Men is probably better canceled than revived or rebooted, and even fans of the show can admit that. 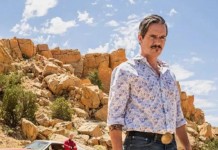 Better Call Saul: What we suspect about Lalo Salamanca’s location in Breaking Bad 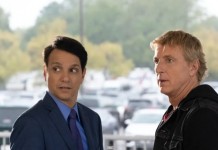 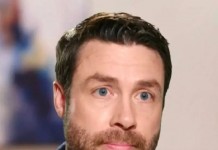 90 Day Fiancé: Geoffrey Paschel kicked out of the show and sentenced to 18 years in prison

Kirby And The Forgotten Land Already Has A Demo On The...

Venom: There Will Be Carnage Will Push Your PG-13 Age Rating...