Twitter will place alerts on chats that are on a tense course. It will make various reminders to the user.

Millions, maybe even billions, of people use social media apps every day. While some spend their time purely for entertainment, the number of those who like to argue about a subject for hours is high. However, the course of virtual discussions, unfortunately, does not always progress constructively. So much so that there are even moments when curses fly in the air.

Participating in or not participating in such discussions is not out of the question. Because when you want to read the comments on the post, you may suddenly find yourself in the middle of a fight. Twitter has started to develop a feature that will eliminate this problem.

“Be careful” warning will appear in the Twitter app

The social media platform will place an “attention” warning at the bottom of the chats that are found to be “hot”. The new feature, which is accessible to Android and iOS users, is still in the trial phase. In its statement on the subject, the company said:

“Would you like to know the mood before joining a conversation? We’re testing prompts on Android and iOS that will let you know if the conversation you’re about to enter is getting heated or tense.” 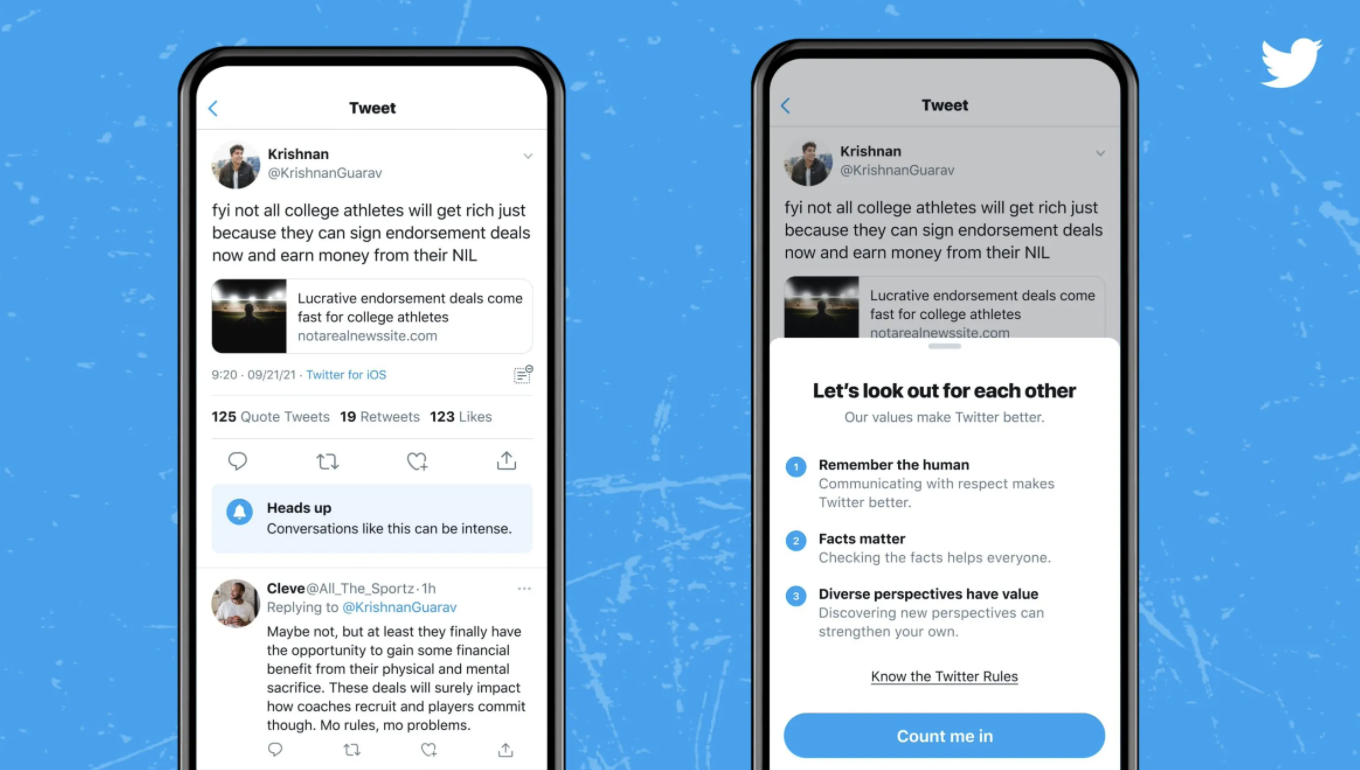 Feature called “Heads Up” in testing in the Twitter app

Twitter will also make certain suggestions to users. Before getting into the discussion, he will remind you that “communicating respectfully” makes the platform a better place. It will also emphasize that you should be open to different ideas and always focus on the facts. If you accept all these, you will be able to participate in the relevant conversation.

Twitter’s new feature can sometimes prevent potential fights by putting the “respect” rules people have in mind. On the other hand, it is of great importance for those who do not like to participate in a tense conversation. Announcing that it is continuing the testing process, the company did not specify when it will present the warnings to general users.

The creator of Cobra Kai Knows nothing about the new Karate...