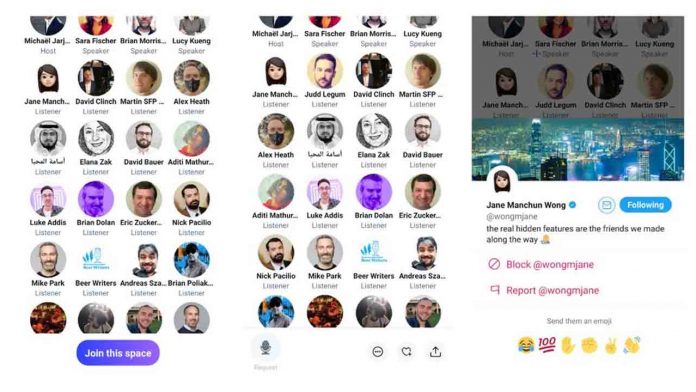 Twitter has begun testing the feature called “Twitter Spaces”, which it announced a few months ago, in the Android ecosystem. The service, which was included in the latest Android beta version of Twitter, offers Clubhouse-like voice communication. The company wants to be the rival of Clubhouse on Android by bringing the feature to the stable version as soon as possible.

In a news article we shared with you a few months ago, we talked about a new service of Twitter, one of the largest social networks in the world. Named as “Twitter Spaces”, this service offered users the opportunity to voice chat, and offered people an experience like Clubhouse, the most talked-about mobile app of recent times. Twitter Spaces is now available for Android users as a beta version.

Twitter Spaces, which Android users can use as part of the beta version, allows users to join a chat channel. However, the ability to set up your own channel has not been activated at this time. The company states that the necessary work continues, and with this feature, which will be activated shortly, users will create their own chat channels and have full control over these channels.

Twitter Spaces developers are doing their best to get the service ready as soon as possible. The developers, who also prepared a roadmap in this context, say that the service will receive many updates in March and all the deficiencies will be fixed. Of course, this is because Clubhouse is still only available on iOS. Twitter seems to care about the voice communications industry and is not doing everything it can to close the Android gap.

Harvey Weinstein’s Sentencing in The Rape Case Has Been Postponed