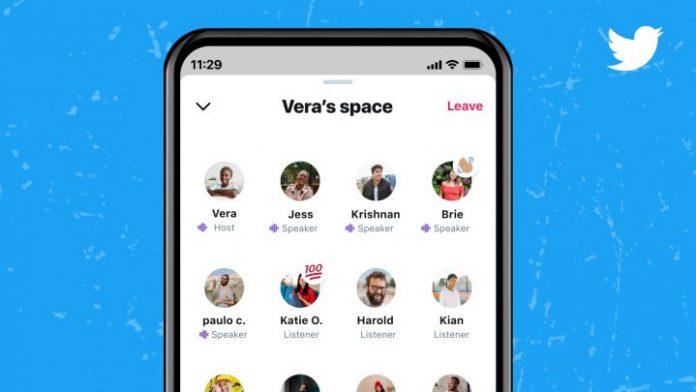 Twitter is one of the essential applications that you need to find out about everything that happens in the world. In addition, you will also know what the users you follow do and think, so you will not miss anything that interests you most. But in recent months we have seen a new option in which users organize rooms where they can speak in the presence of others. These are the Spaces, which can now be downloaded in a digital file.

One of the most popular applications in recent months has been Clubhouse. From here you can enter audio rooms where one host speaks and the rest listen. As simple as that. And this feature has been expanded to other applications under one more feature of this, such as Twitter. Here, as we told you, you will have the opportunity to enter an audio room and interact with the reactions that you have at your disposal.

Until now, this was the only thing you could do within the function of the bird’s app, apart from inviting other users to participate in the conversation if appropriate. But now the company gives the possibility of doing something as important as downloading the file of the conversation you have had with your users at that moment. This is an important feature that can help more than one to re-upload that file to other channels as well as have a personal copy of what has been spoken during a session.

Requesting a copy of your Spaces session is very simple and all part of a function that has been integrated very soon. This is achieved through the Settings, from where you have to Download your data from the Account section. This is how the file will be generated, which you will have in a few seconds on your machine.

It seems that the social network of the little bird is very much pampering its new function. And it is that since he released the Fleets (stories similar to those of Instagram) they have known how to put the upper part of the application to great use. And it is that as you can see in the tweet of the firm it will soon be possible to program a space from which to talk with the followers. In fact, this will help keep them up and running right before you start.