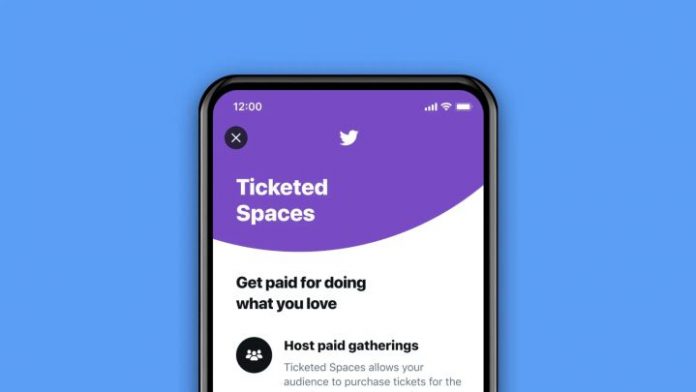 Twitter is activating great improvements that will help it become a highly regarded app for content creators. Until now, the social network was limited to a purely informative use by all users, where it informed its followers or audience of what was happening in their companies or interact with them in one way or another. But now the new spaces have been created, which will have a paid version.

Let’s go by parts. Not long ago you may have received an update on your mobile in which Twitter launched its Spaces. These are live chat rooms with audio, so anyone you invite directly and give permission can speak to you. The rest can enter and listen to you and the members, since these spaces are public.

However, Jack Dorsey’s company has plans for this feature, which are none other than monetizing them in some way. The outcome is the Ticketed Spaces, which are Twitter Spaces in which only those who have previously reserved their entry in them will enter. This means that the reservation does not consist of sending a direct message and being invited, but you have to scratch your pocket to enter the room.

Of course, not everyone will have access to this feature so it will require the creators of that content to use the microblogging app for something else. And it is that Twitter has put very clear conditions in its Ticketed Spaces. The first is to be over 18 years old, but the next two have to do more with activity and account size. And it is that it is requested to have hosted at least three direct Spaces in the last month as well as to have at least 1,000 followers.

These Ticketed Spaces will be available initially in the United States, so it will be time to wait for the function to pass the American borders. On the other hand, you must bear in mind that the proceeds are not directed entirely to the creator. This takes 80% after applying the purchase commissions that Apple and Google, without forgetting that Twitter takes 20% of that percentage. This is yet another way for content creators to generate income beyond the tips we saw a few days ago.

The Song That Kids REALLY Dance To in the Most Iconic...

LoL Worlds 2021: Schedules, Teams And how To Watch Online