Home News Twitter: What are the most popular 2021 games? 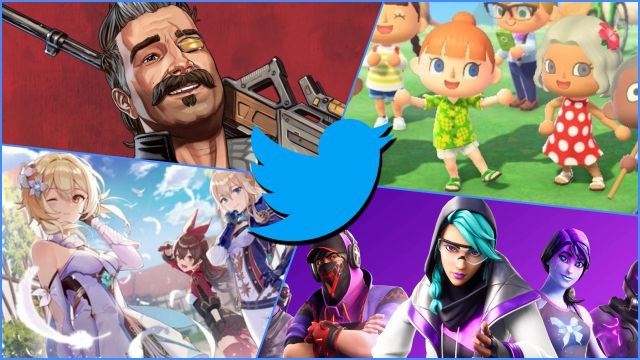 Video games such as Apex Legends, Animal Crossing or Genshin Impact lead a ranking marked by video games that continue to be a global trend.

Twitter has become a public interest measurement tool in different sectors, including the video game. With more than 353 million active users each month, the social network receives 187 million unique users per day. The new Twitter Gaming monthly report includes the ten most tweeted video games so far in 2021.

As the Apex Legends Twitter account has celebrated, Respawn Entertainment and Electronic Arts’ free-to-play battle royale continues to grow and ranks second. The premiere of the game on Steam precipitated an exponential growth in its active player base that, added to the content updates, new seasons and the premiere on Nintendo Switch, have allowed us to talk about a video game more times commented than Animal Crossing, which remains third position during this first quarter of the year, when the first anniversary of Animal Crossing: New Horizons is celebrated.

But the victory goes to Genshin Impact. The free-to-play title of MiHoYo, available on PC, PS4, PS5 and mobile devices, continues to grow and remains not only one of the trendiest video games on social networks, but also among the most lucrative on any platform where available. According to the SuperData report for last January, Genshin Impact entered the Top-10 video games with the highest turnover on consoles in the first month of 2021.

Beyond the podium we have Final Fantasy, Fate / Grand Order, Fortnite, Minecraft, Ensemble Stars !, Splatoon, and Twisted Wonderland. There are some names that do not sound too familiar to us in the West, but that are absolute phenomena in Asian territories. For example, Twisted Wonderland is a production developed by Aniplex and Walt Disney Japan; exclusive to Android and iOS in Japanese lands since 2020.

There are elements in common for all of them: constant updates. Animal Crossing: New Horizons, Fortnite or Fate / Grand Order do not stop receiving new periodic content, incentives for their community to return regularly.