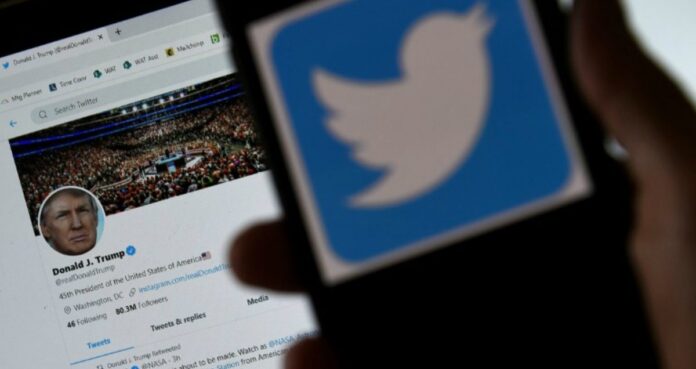 The official account of US President Donald Trump turned out to be the first of the results found on Twitter as ‘Racist’ (racist). No response was received from the Trump front, which was on the agenda with the fight he had with Twitter recently and the events of George Floyd.

It turned out that the official account of the President of the United States, Donald Trump, @realDonaldTrump, ranked first in searches for the word ‘Racist’ (racist) on Twitter. The event, which was noticed by some Twitter users, was on the agenda of social media. It was noteworthy that Trump was displayed first when the “People” section was clicked on the search made with the word written in the search section.

It was seen that the situation is the same not only in the mobile application but also in the web browser mode. Searches reported that most of the accounts listed after Donald Trump include racist words in the name or content section. Experts of the subject said that this situation is related to the algorithm, and such a result was encountered, since most of the Twitter users mentioned the name and account of Donald Trump with the word racist.

It was known that President Trump was at war with social media sites. In the past weeks, Trump has signed an executive order aimed at reducing legal protection that will hold users responsible for the content they post on online social media sites, especially Twitter and Facebook, and the Democracy and Technology Center has sued Trump.

On the other hand, Twitter added the “verification of information” label, which it launched recently to reduce disinformation on social media, and added it under some posts under Trump’s posts on remote voting in the state of California. Thereupon, Trump claimed that Twitter completely restricted freedom of expression and said that he would not allow such a situation.

Twitter also restricted and placed a warning in a Tweet sent by Trump on the grounds of violating the rules of exalting violence upon the murder of black citizen George Floyd, a police officer in Minnesota. A large number of people who react to Trump still send hundreds of answers to the US President, and no response has yet been received from the White House after the ‘Racist’ label.

Game of Thrones season 8: we know why Drogon melted the...