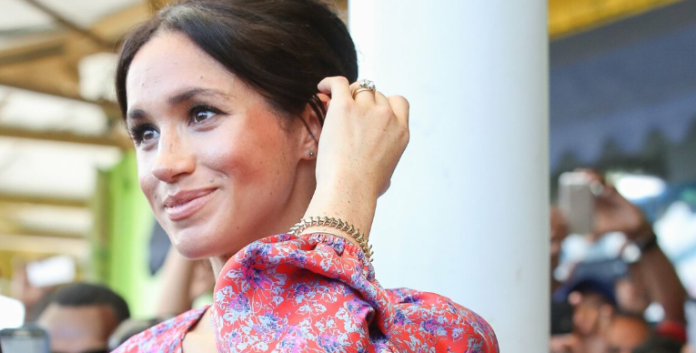 Prince Harry and Meghan Markle have gained both supporters and haters because of their Netflix series. Harry and Meghan touched on some important decisions of the Sussex family, including their departure from the royal family. The former actress also revealed that she felt depressed and suicidal when she was pregnant with Archie. Family politics and all the negative press have affected Markle’s mental health.

Meghan Markle openly said she was suicidal, depressed and had a miscarriage likely from the stress of the daily mail case, and people still hate on her. If you don’t see a problem with that you are the problem.

Among all the high-profile statements, there were funny moments in the documentary series. In one episode, the Sussexs shared a clip of Meghan Markle foolishly dancing on the doorstep of their first British home, Nottingham Cottage. It was a cute video, but caused a mixed reaction from royal fans on social media.

In a viral video, Meghan Markle did some strange dance steps in a rustic look with jeans, a top and a half-jacket. Prince Harry described the video by saying, “Oh my God. This is my favorite video.” Many fans found Markle charming in the video. However, a certain part of the royal fans did not look pleased, as they wondered how a depressed person could be so happy and stupid.

If this is being depressed then I wish I was this much depressed. https://t.co/ag5IKsGJQT

Meanwhile, at Harry and Meghan, the Duke and Duchess expressed disappointment with their first home. The couple didn’t look satisfied as they criticized the small space and low ceilings in the Nottingham Cottage. Describing her first royal home, Markle said people thought they lived in a palace. However, this did not happen, they were allocated a cottage in the palace.

She went on to say that the Duke often hit his head on the ceiling. The couple also shared how Oprah Winfrey once visited their home and was shocked by the size of the place. Prince Harry was allocated a cottage in Nottingham in 2013, and the former American actress settled in it in 2017 after their engagement. In 2019, they moved to Frogmore Castle, which is still their home in the United Kingdom.

Have you watched all six episodes of Harry and Meghan? If not, then go straight to stream only on Netflix.