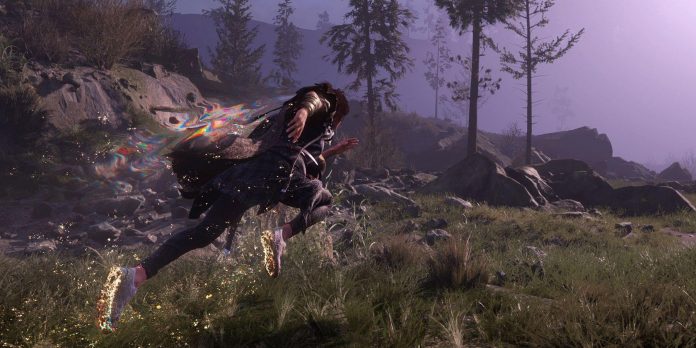 Open-world games are a dime a dozen, but Square Enix’s upcoming game, Forspoken, is struggling to stand out in a crowd full of heavy hitters like Elden Ring and Horizon Forbidden West. Despite numerous delays, the developer of Luminous Productions hopes to maintain interest in Forspoken with a new fragment of footage from the title. However, the footage had the opposite effect: some fans questioned the quality of the dialogue.

Unfortunately, Forspoken has been postponed three times since its official announcement in 2020. Delays are quite common in the industry as development teams prefer to spend more time polishing their games. The most recent delay has become Square Enix’s “strategic” choice, as the publisher wants this game to resonate with gamers.

The latest footage is taken from Forspoken’s official Twitter account and contains 30 seconds of the game’s signature fight, as well as some dialogues of the main character, Frey Holland. In the trailer, Frey discusses her current situation in the story, which revolves around her being transported to another world full of monsters and magic. To return home, Frey must master the magical abilities she acquired while in Atia, and with the help of a magical, sentient cuff similar to Iron Man’s JARVIS. I definitely didn’t expect an immediate reaction to the trailer of Luminous Productions.

Fans were quick to criticize Frey’s dialogue and tone. Considering the seriousness of the fact that she was transported to Atia after a quiet, unhappy life in New York and thrown into a situation on the verge of life and death, Frey’s remark in her dialogue seemed overly carefree. Fans were quick to point out the flaws with a lot of responses and quoted responses indicating her careless attitude. One fan in particular was quick to point out that the tone of the dialogue is almost identical to what Marvel films have popularized since the creation of the Marvel Cinematic Universe.

There’s nothing wrong with Frey’s dialogues now. However, since Forspoken is aiming for an “18” rating and Frey boasts an overly lighthearted tone in the face of death, it seems that some fans are very concerned about what message Luminous is trying to convey with Forspoken.

Holds on to LARP Quest Saints Row holds on to a...