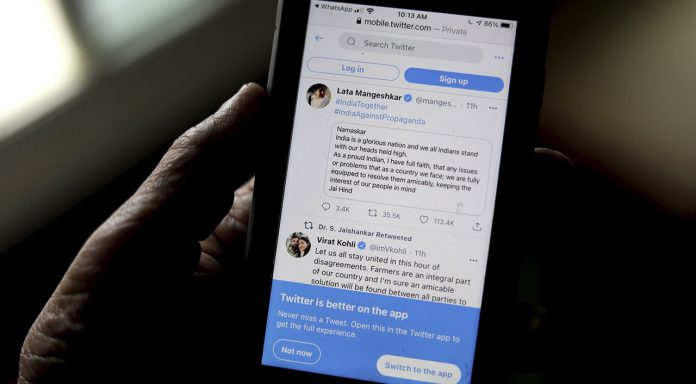 The censorship and pressure applied by the Indian government to social media platforms regarding the coronavirus epidemic continues. Accordingly, the police raided the Twitter offices.

Police in India raided Twitter offices in Delhi and Gurgaon as part of an investigation into tagging tweets about the coronavirus as manipulated media.

There was no one in the raided Twitter offices

Speaking on the matter, an officer asked the social media platform to send a statement requesting clarification for the tag on the tweet of a ruling party member, and asked for the information Twitter has on its toolkit.

While Twitter declined to comment on the matter, TechCrunch noted that no employees were present in the company’s offices during the raid that took place in the evening. It was quickly realized that the reason for this is that Twitter employees in India are currently working remotely.

The government of India requested that the tags be removed after the social media platform put a manipulated media tag on a tweet of Sambit Petra, the ruling party in the country. In the tweet, it was alleged that opposition parties were carrying out activities to undermine the fight against the epidemic.

Delhi Police Special Cell team returns from Gurgaon after they find the Twitter India offices shut. Apparently there is work from home at @TwitterIndia since March last year. Was this move by Government to send out a message? pic.twitter.com/aCBfjhb5CC

The tagging policy, which has been implemented since February, is used to identify content that has been significantly changed, fabricated or manipulated on the social media platform. The feature, which also enables the removal of content that could seriously affect public safety, was also applied to the tweets of former US President Donald Trump who was removed from the platform.

However, the government of India is trying to tightly control information on social media regarding the spread of the epidemic. The government obliged platforms such as Facebook, Instagram, WhatsApp and Twitter to implement the requests. In addition, the government threatened to jail employees of institutions that do not cooperate with them.