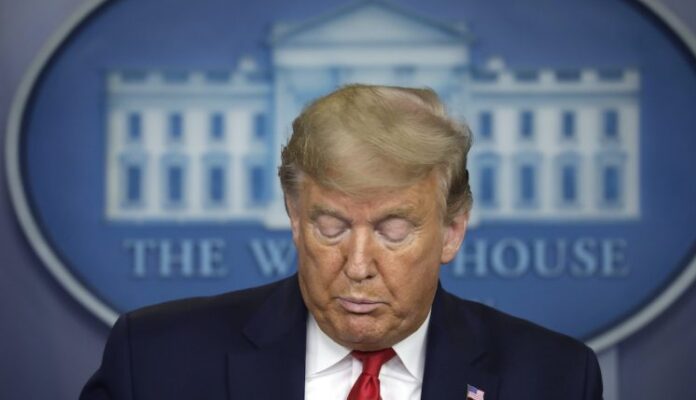 A senior official at the Twitter digital platform did not exclude the suspension of Donald Trump’s account if the U.S. President continues to publish incendiary messages that violate the rules of that social network.

With 81.7 million subscribers, the @realDonaldTrump account is among the ten most followed on Twitter. But the American leader is in conflict with the social network, which has marked two of his tweets about voting by post and put the mention “check the facts”.

Next, Twitter withdrew a message from the American President for violating the rules of the social network for “apology for violence”.

“When looting begins, gunfire begins,” Donald Trump declared in a tweet released in the context of clashes between protesters and police that broke out in dozens of US cities after the May 25 death of African American George Floyd , 46, asphyxiated in Minneapolis by a white policeman.

Twitter public policy director Nick Pickles said on Thursday during a parliamentary hearing in the UK that Donald Trump’s tweets are examined in the same way as those from other verified accounts.

“Each time a user’s tweet is posted and flagged to us, we examine it according to our rules,” said Pickles during a virtual hearing at the parliamentary committee responsible for the number. “If a user on Twitter continues to break our rules, we will continue to have discussions about all the possibilities offered to us,” he added.

Snapchat, a social network widely used by young people, joined Twitter in announcing on Wednesday that it will stop promoting messages from the American President to mitigate the echo of messages that “incite racial violence”.

On the contrary, Facebook, the world’s first social network, decided not to flag or censor messages from the President of the United States in any way, raising the discontent of several platform workers who participated in an online strike. Meanwhile, two engineers filed the resignation following the inaction of the social network in the face of the latest publications by Donald Trump.

The open war led Donald Trump to even admit shutting down Twitter, then signing a decree calling for a review of the legal protection of social networks.

Conflict in Ukraine: Russia is trying to force Mariupol to surrender...

Bacteria on the Space Station can produce food in space