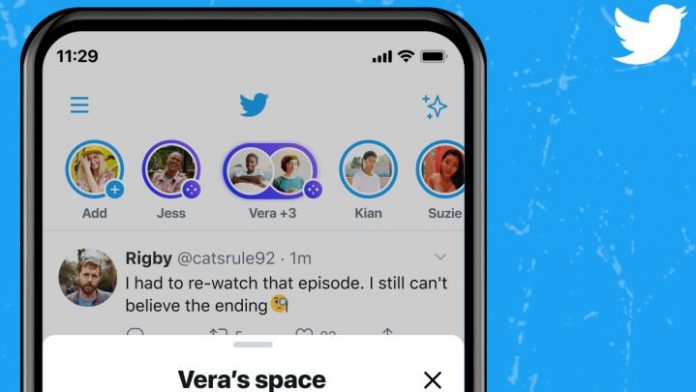 Twitter: The idea behind Twitter Spaces is that of a new function with which users will be able to communicate by voice directly with another person or a group of people, through virtual rooms in which to chat with your contacts. Following the feature’s announcement in November, Twitter began testing Spaces in December 2020 on iOS, and began testing on Android in late March. But from today it can be used officially, although there is a requirement.

A minimum of 600 followers

As announced by Twitter on its blog, “Today we are going to offer the possibility of creating a Space to all accounts with 600 or more followers on Twitter”, so if you don’t have this number of ‘followers’, you will not be able to at the moment. But why set this limit? “Based on what we’ve learned so far, these accounts are likely to have a good experience generating live conversations, due to their existing audience.”

On Twitter for iOS and Android, when someone you follow starts or speaks in a Space, it will appear at the top of your Timeline as a purple bubble while live. When you join a Space as a Listener, you can react to what you hear with emojis, see the pinned Tweets, follow the conversation through subtitles, Tweet, send the Space through an MD (Direct Message) or ask to speak .

When you join a Space as a Speaker, in addition to taking the floor, you can add Tweets to the Space, activate subtitles so that everyone can follow what you are saying, and Tweet about the Space so that your followers can join.

When you create a Space, you have control – over who has the floor, the topics, etc. Invite people to join by Tweeting or DMing them, and invite them as a Speaker too.

For Twitter, “It is important to us that people feel safe being Hosts or participating in a conversation in Spaces – that is why we have incorporated security controls available to Hosts and Speakers.” For example, as a Host, you can mute Speakers – even all at once – or completely remove people from the Space you have created.

Anyone can report and block another in a Space, or report the Space. Additionally, people you have blocked will not be able to join the Space you are a Host of, and you will see tags and notices if someone you blocked speaks in a Space you have joined.

The social network has also shared new tools and news that will reach the Spaces, such as:

Hosts spend time and effort creating a space for conversation, connection, and fun. Twitter works in a way for Hosts to be rewarded for the experiences they create, gaining monetary support, while giving listeners exclusive access to the conversations that matter most to them.

Hosts can set ticket prices and how many are available for sale. A limited group will be able to host Venues with tickets in the coming months. And most importantly, “Hosts will get most of the revenue from ticket sales and Twitter will keep a small percentage as well.”

To make it easier to track what happens and when, you can also schedule reminders of the Spaces that will take place in the coming weeks. This way, people won’t forget to listen to their favorites.

Host with other people

Be a Co-Host with other people to help manage Speakers, participants and, should you need to leave, to pass command to one of the Co-Hosts.

Subtitles enhancements so they can be paused, customized, and more accurate.

More ways to find and enter Twitter Slots – join a Slot from the purple bubble around someone’s profile picture on your Timeline when it’s live.