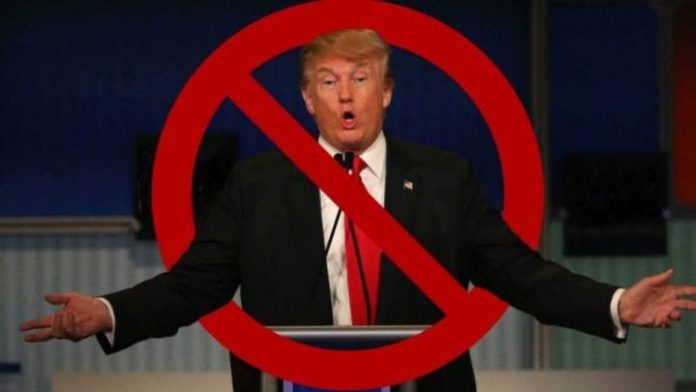 There are 11 days until Donald Trump stops being president of the United States, but as we are seeing it seems that he is not going to leave without making as much noise as possible. After the historic assault on the Capitol, the bastion of democracy in the USA par excellence, which the president himself encouraged to happen even if he later condemned him in front of the gallery, social networks have already had enough of the controversial president and have turned their backs on him , like Twitter.

For a long time, and to protect its users, Twitter had tightened its measures and announced withdrawals of messages that incited racism, hatred, harassment, etc. And if someone insisted, temporary and even permanent bans on their account. Trump was among the first to feel these measures, and to see how Twitter blocked and deleted messages from him for a couple of years.

But what happened at the Capitol was too much, and after seriously warning him by temporarily blocking his account, Twitter has released his powerful “Ban-Hammer” to the practically already ex-president, deleting his account. No more notices or anything: definitive suspension of Twitter.

According to the moderation of Twitter, this came after concluding that there was a risk of “inciting violence. Due to the tensions in the United States (…) these tweets have to be read in the context of larger events and the way in which the president’s phrases can mobilize different audiences ”.

Incitement to another attack during Biden’s proclamation
Trump’s messages during the assault on the United States Capitol last Wednesday were deleted for the same reason on the social network that suspended the account for 12 hours. Just yesterday, Friday, Trump had announced that he will not attend Biden’s proclamation ceremony on January 20 and that the “American patriots” who have voted for him will not be disrespected or “treated unfairly” because they will have a “voice. giant “in the future.

In an official statement, Twitter has indicated that public accounts “are not above the rules”, despite their function and has pointed to the “terrible events of this week” as one of the triggers. According to Twitter:

President Trump’s statement that he will not attend the inauguration is being received by several of his supporters as further confirmation that the election was not legitimate and is considered to deny his previous claim, made in two Tweets by his Chief of Cabinet Deputy Dan Scavino that there would be an “orderly transition” on January 20.
The second Tweet can also serve as an incentive to those who may consider violent acts that the inauguration would be a “safe” objective, since he will not attend.
The use of the words “American Patriots” to describe some of his supporters is also being interpreted as support for those who commit violent acts on the United States Capitol.
The mention that his supporters have a “GIANT VOICE in the future” and that “They will not be treated disrespectfully or treated unfairly in any way or form” is being interpreted as one more indication that President Trump does not plan to facilitate a “transition. orderly “and instead plans to continue to support, empower and protect those who believe he won the election.
Plans for future armed protests have already begun to proliferate on and off Twitter, including a proposed secondary attack on the US Capitol and state capitol buildings on January 17, 2021.