The new system may include different checkmarks for corporate, government, and individual users

Bottom line: This morning, Elon Musk announced the latest version of the Twitter verification system. It is tentatively planned to deploy the new system next Friday, and it will provide gold, gray and blue checks depending on the type of account and the user being verified. Musk also said that all accounts will be manually verified before verification is activated.

Checking Twitter is a complicated dance that is getting harder and harder to follow. It was there, and then it disappeared. Then they returned it for the price, but only for a day. Then a gray checkmark appeared, but before you noticed it, it also disappeared. Then it appeared again. Are you not lost yet? Me too. But don’t worry, clarifications may be on the way. Or not.

In a morning tweet, Elon Musk announced that the updated verification process for the social media platform could be rolled out as early as next Friday. However, this time it will include more colors to indicate which type of user was actually checked.

The use of color verification checks is not a new concept. Musk mentioned their use in a previous tweet, where he noted that Twitter Blue would be put on hold until he was more confident in the platform’s ability to stop accounts impersonating another person. The fake accounts hit the headlines in early November after several verified accounts were used to mock Musk’s attempts to re-deploy the verification system and clean up the platform.

This morning’s tweet is the first detailed information about the updated color—coded verification system. Less than an hour later, Musk posted another tweet explaining the role of the blue tick and the potential to include a confirmed organizational affiliation. According to a follow-up post, Musk will provide a more detailed explanation of the new system next week.

Musk’s takeover, changes, and plans to charge verification fees were met with less than open arms from the start.

The platform has witnessed a constant shift of users to other platforms offering more features and innovations, such as Discord or Mastodon. Others have abandoned the platform solely because they disagree with Musk, his methods, or his direction regarding the main product on social media. It is impossible to predict how Musk’s changes will be perceived by the Twitter user base. The only thing we know at the moment is that the bluebird is likely to have a bumpy flight, no matter what happens next. 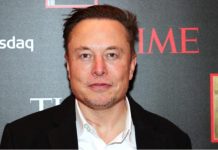 Bakkt declared that it raised $ 300 million