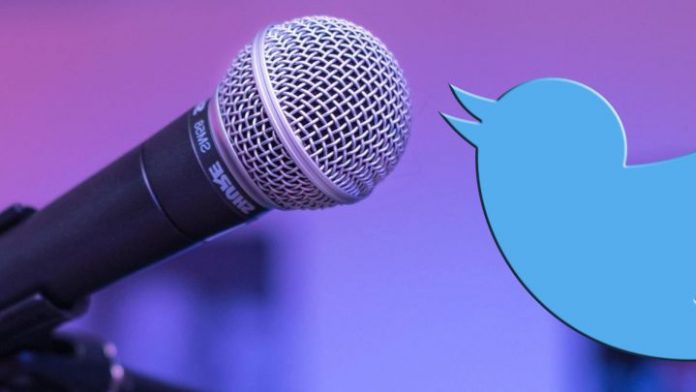 Social networks have allowed anyone who has access to the Internet to meet people or express themselves openly. The use depends on each one and as a user you should know that there are a series of rules that you must follow to make good use of your profile. Twitter is one of the strictest, but it lets you move freely and soon it will even let you send audio messages to your contacts.

At Jack Dorsey’s house they do not stop in their eagerness to improve the microblogging application. If you are a user, you will know that there are many ways to connect with the people you follow and who follow you. Either through a mention, a thread or a direct message are some of the methods that you have at your disposal, but soon you will have an extra mode.

It turns out that Twitter is working on incorporating a new voice message system for all users. It is a function that you already use often if you are a WhatsApp user, since with a simple touch you are able to send your friends an audio note with your thoughts.

This function has some limitations such as that you have a total of 140 seconds to send a message to whoever you want. The other limitation has to do with its destination and is that it can only be used in direct messages, but there is a third that we will tell you about below.

Private voicemails will sooner or later reach Twitter. And is that this feature comes from others such as WhatsApp, Facebook or Instagram to give examples. What you have to know is that this feature is currently in the testing phase, so not all users have access to it. The other curiosity is that it is available on iOS and Android, but only if you are a user from India, the country where the function is being tested.

The rest of the world will have to wait for the company of the little bird to give its last details to this function. Once completed, it will most likely be distributed throughout the world.