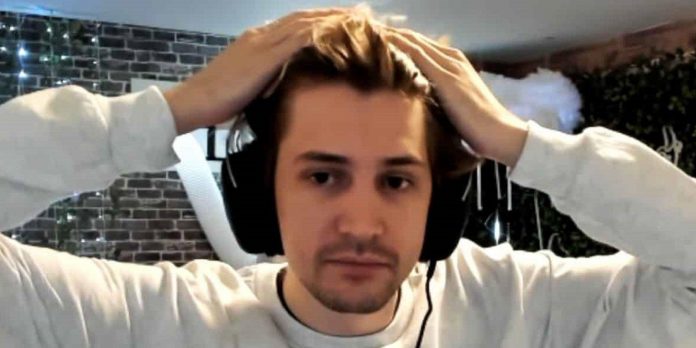 The popular and controversial Twitch streamer Felix “xQc” Lengyel shocked his viewers during Thursday’s broadcast by showing footage from the streaming room that usually doesn’t get on the webcam. The background is pretty clean, just a few bags on the countertop and nothing else that distracts from the simplistic decor of the house. However, a large pile of garbage is visible outside the field of view of the webcam of the former professional Overwatch player.

He spends the first couple of hours streaming on Twitch watching random videos posted on his subreddit before starting playing Elden Ring in a 4-player co-op. During the first hour, while playing a video of him dancing, xQc disconnects from the camera to get coffee. He returns from the top floor and goes to his desk, throwing garbage on the floor. This encourages the streamer to rant about his room.

He takes the camera and turns it to the left, showing a mountain of garbage, mostly consisting of fast food bags and packaging material. The corner of the table is filled with coffee cups, plastic bottles, soda cups and cans of various types. The mess is something that even Asmongold, another streamer known for his dirty room, would be impressed with, although Asmongold has already started cleaning his room. Lengyel doesn’t seem too happy with the situation himself, but turns carelessly to his hair.

The stream chat immediately begins to fill up with comments condemning the mess. The streamer doesn’t seem bothered by the answer, and ends up throwing even more garbage on top of the pile. It may sound off-putting, but part of its appeal to audiences is the fact that xQc doesn’t take streaming too seriously, even previously suggesting that it could leave as xQc on Twitch if it doesn’t like it anymore.

Even after xQc was banned from YouTube, apart from a few bans on Twitch, there were no changes in either the content or the behavior of the streaming star in relation to streaming. The once professional Overwatch player is clearly doing this for fun, without worrying about monetary or other consequences. With more than 10 million subscribers on Twitch, he is consistently among the best streamers on the planet and has gained more than a billion views on YouTube. This is probably enough to prove that everything he does works.