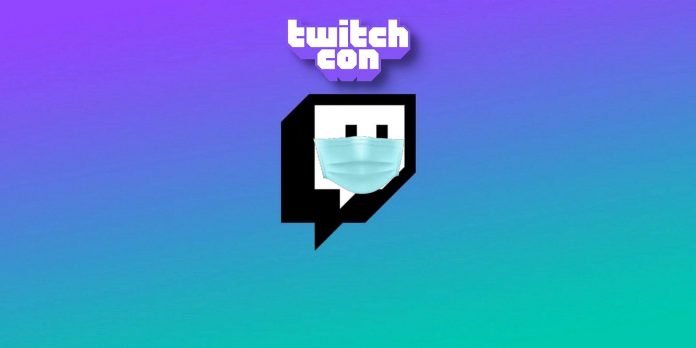 Twitch is the largest video game streaming platform in the world. Stars of content creators such as Amounarth, xQc and Shroud are making successful careers, and millions of users connect every day to see their favorite streamer. However, the site itself is often overshadowed by a number of contradictions, especially when it comes to being banned. There’s been another controversy lately, but it looks like the company has changed its mind when it comes to protecting people at TwitchCon this year.

According to a report by The Verge with a link to a blog post on the Twitch website, the platform updated its policy on masks at the convention, which is taking place in San Diego this October. In an update to one of the previous posts, it is now recognized that people want “stricter health measures” to be taken, especially for those with weakened immunity. As a result, the company now states that face masks will be a requirement at the convention, as well as checking for evidence of vaccination, or at least verifying evidence that participants tested negative for COVID within 72 hours prior to the event.

This happened after it was revealed that Twitch does not require masks at TwitchCon, despite the fact that other conventions, such as Comic-Con, made them mandatory. TwitchCon takes place on October 7-9. Among others, such streamers as Pokimane and DisguisedToast will be present. There will be tournaments, a cosplay event, panels, meetings and greetings and much more. In addition to a recent blog post stating that masks will be mandatory, it also states that tickets for the convention have already gone on sale for anyone who wishes to attend.

In addition, more controversies have arisen following the streaming platform. Recently, Twitch streamers have become the object of a swoop. For those who do not know, the swatting hoax is that users send false messages to the police with the intention of sending special forces to a certain address, usually the address of the streamer that is live at that moment. Twitch considers this a serious violation of community rules.

Although Twitch is still the head of video game broadcasts, the number of views of streaming sites as a whole decreased a few months ago. It is not known if this was due to the cancellation of the blocking measures, but the fact that TwitchCon now requires visitors to wear a mask shows that COVID has not completely disappeared.

Hunter x Hunter anime celebrates its 10th anniversary… and there will...