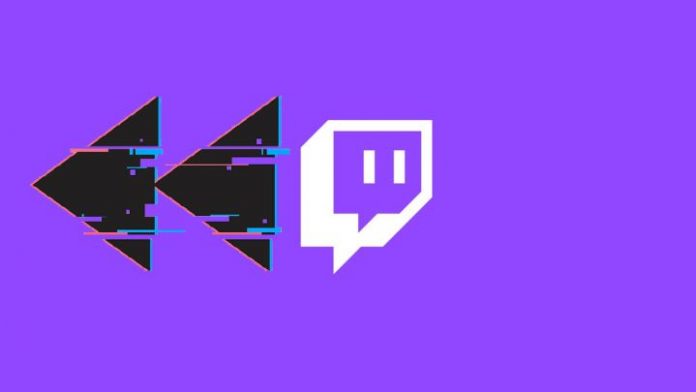 Twitch: Launched in North America in 1999, the TiVo took a little longer to reach other countries like Spain, but it certainly became the ultimate invention. A type of digital video recorder that did the same thing as the old VHS with which we recorded things on TV on tapes, but to the beast. And one of its most spectacular functions is to allow rewinding the broadcast of a channel that we are watching live. The same thing that Twitch will allow.

Twitch is recognized as the largest video game streaming platform in the world, being ideal for e-Sports meetings, ‘speedruns’, concerts, marathons, etc. And why not even more ‘classic’ sports such as football.

If you ever wanted to go back and watch again for a moment while streaming on Twitch, but you couldn’t, now you can, because the platform is testing a button to rewind the live content you’re watching. When you press the button, you will be rewound back 2 minutes in the broadcast. From there, you can review what’s been streamed so far and even see what you’ve missed at different speeds, just like you would any other VOD (video on demand) on Twitch.

The streamer will have to activate it

If you press the rewind button, you can continue watching what happens in the live broadcast, thanks to a picture-in-picture window that will appear above the chat. However, if a streamer doesn’t have VODs turned on, you won’t be able to use the rewind button. The rewind button test will expand to a quarter of viewers in the coming days, according to Twitch.

The service is also testing two other buttons:

The ‘Remember me’ button, which will allow you to receive a reminder of an upcoming scheduled broadcast.
The ‘Watch Trailer’ button, which will allow you to watch a channel’s trailer (if it has one).
Twitch will test these buttons “during the next month” of November. After the test is complete, the buttons will be removed and Twitch will decide whether or not to implement them.