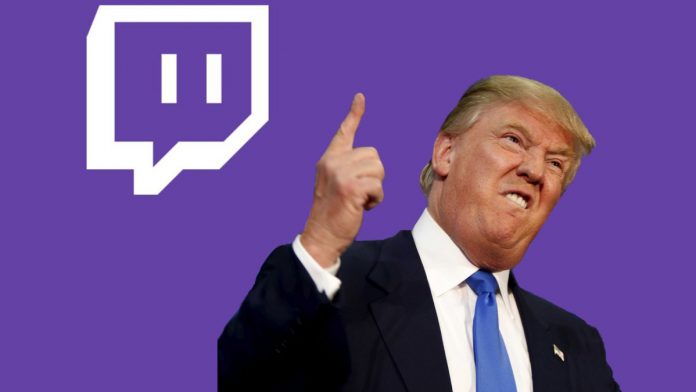 The still president of the United States has recognized the change of administration that will take place in a couple of weeks.

Dark days for America. On January 6, congressmen and senators had planned to confirm Joe Biden as the next president of the United States, an act that is generally resolved as a mere formality, but this time it took place in a climate of tension. that culminated in violence and the assault on the Capitol. Donald Trump, the outgoing president, encouraged his followers, so Twitch (like Facebook) has decided to suspend his account, as Kotaku reports.

In an email sent to the North American media, the platform justified this decision and explained that they have done it to avoid violence. “In light of the shocking attack on the Capitol, we have disabled President Trump’s Twitch channel,” a company representative wrote. “Due to the extraordinary circumstances and the president’s inflammatory rhetoric, we believe that a step is necessary to protect our community and to prevent Twitch from being used to incite future violence.”

The suspension is indefinite

As of today, the suspension is indefinite, so he has been sanctioned for a specific period of time. “We are focused on minimizing the damage before the government transition.” It will be after he leaves office when Twitch will re-evaluate whether the requirements are met so that President Donald Trump can use the platform again to transmit his messages.

Twitch has not only taken up the matter with the president. He has also taken the step and removed one of the most used emotes on the platform. PogChamp has become unavailable after the person on whom it is based posted a statement inciting violence. According to the platform, they will focus on redesigning the gesture with the community. Pog Champ was generally used to express surprise.

Donald Trump has finally acknowledged the change of administration for the first time, in a speech modification that has occurred just as possible avenues for his premature removal are being discussed.