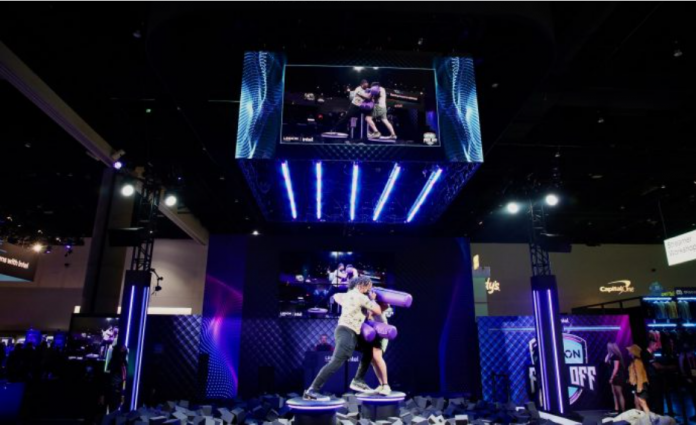 “I am not the only hospitalized injury. A multi-day injury.”

Twitch streamer Adriana Chechik broke her back in two places by jumping into styrofoam at TwitchCon.

Footage of the incident appeared on social media yesterday (October 9), and his fellow streamer Jake Lucky called it “probably the most painful thing I’ve seen in a while.”

Chechik, who is also an adult performer, then confirmed that she had broken her back “in two places, and today I am undergoing surgery to insert a meter-long barbell for support. Send your support. When it rains, it pours, and I definitely feel the rain right now.”

Responding to a fan who said she needed to file a lawsuit against the TwitchCon organizer, Chechik said she agreed before explaining how “there are other injuries from other people! They should have done better before anyone got hurt at all!

You literally need to sue for this

In another tweet, she confirmed: “I am not the only hospitalized injury. A multi-day injury.”

According to reports, another person dislocated his knee in a foam pit, and another suffered a back injury. Despite the injuries (which apparently occurred on Saturday, October 8th), the foam pit was reportedly reopened yesterday before it was finally closed.

This happened yesterday. Life-changing injuries because the pit is 1 foot deep.

Despite this, it's open TODAY at TwitchCon.

If you, or know anyone thinking about doing this, tell them to steer clear.

In an interview with Kotaku, a Lenovo representative (who managed the booth where the incidents occurred) said: “We are aware of incidents with TwitchCon visitors who were injured in a pit of soft foam for playing gladiators at the Lenovo booth. Since then, the area has been closed for further use while we work with event organizers to investigate the incidents.”

According to journalist Nathan Grayson, the pit staff closed it because people “violated the rules”, but confirmed that participants had to sign a waiver “acknowledging the possibility of physical harm or damage to, say, phones.” He further called the pit “shallow”.

Elsewhere on TwitchCon, Megan Thee Stallion was joined by Master Chief from Halo for her performance at the show. The character danced with Megan when she played Freak Nasty.

From other news, it should be noted that the new Doja Cat expansion for the adult adventure simulator House Party is being criticized due to the lack of adult content.

Summer Sale On Steam: The Best Deals On Strategy And Simulation...