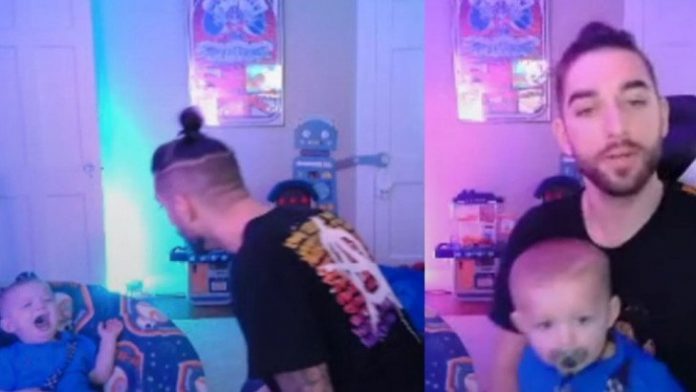 The publisher named Buckkerz, angered by the game, started yelling at the little boy standing in his lap during the broadcast. The images went viral on social media as Twitch deleted Buckkerz’s account for this irreversible error.

Twitch, the world’s leading game streaming platform, places great emphasis on the behavior and actions of its publishers. The broadcast platform, which has sharp boundaries especially for broadcasters with children, does not offer a second chance if these limits are exceeded.

Even though a streamer named Buckkerz only has an audience of 5 people, he was criticized for yelling at his little child on the stream, and Twitch decided to permanently delete Buckkerz’s account.

The publisher, whose real name was not disclosed, was playing the game Madden NFL with his kid in his arms with him, and everything started to take a terrible turn after the game handle broke. The alleged father, who thrashed his joystick hard on the table after it broke down, scared his little child he had cursed (saying shut the f.ck up at 26 seconds), causing him to cry and then put him on his seat as if to throw him.

Buckkerz preferred to go outraged himself instead of calming his child, and after telling his audience “I must turn off the broadcast without losing myself,” he started yelling at his crying child to keep quiet. The broadcast in question ended within seconds, but one of the viewers managed to record these footage.

The video, posted on social media, quickly became intense and one user commented on Buckerzz; “If playing games causes you to behave this way to your family, little child or pets, you need to reconsider your life. I’m really sorry about the poor boy. ”

Enable noise cancellation of your AirPods Pro on Mac