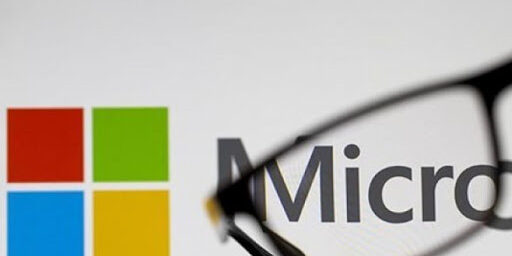 Microsoft has decided to close the live streaming platform Mixer, where it has paid millions of dollars to publishers to make it popular. According to the decision, Mixer will be out of use after about 1 month. This development, which has plagued many Mixer users, will also cause publishers who have contracted with Microsoft, such as Ninja and Shroud.

Twitch, owned by Amazon, is currently one of the most popular game-oriented broadcast platforms in the world. Twitch is a channel where almost every event that comes to mind when it comes to games, from professional players to various esports organizations, is broadcast.

In addition, the US-based technology giant Microsoft also has a live streaming platform called “Mixer”, and the company even made a huge budget deal with Ninja, one of the most watched players in the world, to break Twitch’s popularity and make it more popular. However, although Microsoft did not exercise his hand cowardly, he could not reach the point he wanted with Mixer.

What happens to the broadcasters after the Mixer shuts down?
According to statements made by Microsoft, Mixer is officially closing on July 22. Therefore, popular broadcasters broadcasting on Mixer, especially Ninja and Shroud, will be released without any ‘transfer fee’. Microsoft’s comments state that Xbox users actively using Mixer can switch to Facebook Gaming.

Honestly, Microsoft really made a lot of effort and money for Mixer. In fact, the company has spent tens of millions of dollars in collaboration with Ninja and Shroud. However, the platform has not been able to form the desired organic mass and it is now at the point of closure. Moreover, the fact that Xbox publishers can switch to Facebook Gaming is another aspect of the business.

After the announcement that Mixer will be closed, some remarks came from professional actors and publishers, Microsoft’s business partners on the platform. Leaving Twitch last year, switching to Mixer with a very serious ‘transfer fee’, Ninja said he loved his community and what they did at Mixer. Saying that he should make some new decisions, Ninja stated that he would think for these decisions. Gothalion, one of Mixer’s popular publishers, said he would continue on Facebook Gaming.

Richard Lewis, who aired on Twitch, made statements on the subject. Saying that he got some information from important sources, Lewis said that Ninja and Shroud do not want to switch to Facebook Gaming, they are thinking of staying idle by breaking their deal with Microsoft. This situation can be considered as a clear indication that Ninja and Shroud want to return to Twitch.

Phill Spencer, who made important statements during a live broadcast he attended, explained that the time they needed to move their live communities to the point they wanted was inconsistent with the experience they wanted to offer to the players, so they decided to close Mixer’s operation section. Expressing that their aim is to provide better service, Spencer said that they continue their work for Facebook Gaming.

Microsoft has been working on its own streaming game “xCloud” for a while now. As a result of the cooperation with Facebook Gaming, the integration of these two services will be ensured. So when a player plays games via xCloud, their gamers will be able to watch them via Facebook Gaming. According to Spencer, this is much more advantageous than Mixer’s current structure. But time will show how Microsoft’s decision will be met by the players.