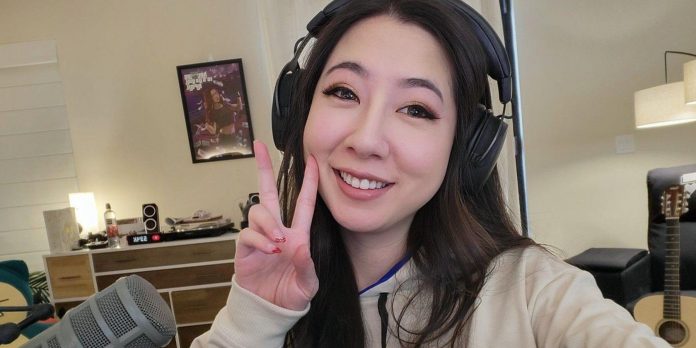 Popular Twitch streamers such as Ludwig, Dr Disrespect and TimTheTatman have switched to YouTube Gaming to find a new audience or expand their reach, and this may be the case with Fuslie. By bringing a recent broadcast on Twitch to an ominous conclusion, Fusli has led many members of her community to speculate that she might switch to YouTube.

The Twitch Fuslie streamer ended her broadcast on August 31 with a tearful farewell, which many perceived as a subtle hint at the transition to YouTube Gaming, while the streamer specifically noted that she had hinted in the past, giving a few more. Fusli maintains a strong audience of 1.2 million subscribers on Twitch and 578,000 subscribers on YouTube, but she is also known for appearing in OfflineTV content and spending time with them regularly. OfflineTV is a group of content creators and friends, consisting of popular streamers such as Pokimane, Disguised Toast, LilyPichu and Scarra.

After starting the signing of her recent stream, Fusli turned on melancholic music and cried quickly before saying, “I’m not being dramatic, you guys are being dramatic.” The popular Twitch streamer wiped her tear-stained eyes and periodically covered her face with her hands, expressing gratitude to her community, saying: “Thank you for making my life the way it is. I literally wake up so grateful for the life I have and that it’s all because of you.” Fusli then recalled some of the best moments of her stream, such as her heyday during the peak of “Among Us” and how she became the queen of sponsors thanks to how receptive her audience was to various products.

Referring to the OfflineTV members and how lucky they all are, Fusli stated that “it’s because of our communities, and you support me and my friends so much,” suggesting that some fans leave the live broadcast of Pokimane or Disguised Toast to share support. all over the group. Teasing the transition to YouTube or another platform, Fusli hoped to see her viewers in another stream again and assured her community that no matter what she did, she would always be grateful to her for the seven years she spent on Twitch. Although she has made cryptic assumptions, Fusli has not confirmed what awaits her next, so it is currently unclear when and where her viewers can expect to see her in the future.

Many members of Fusli’s audience expressed hope that the popular Twitch streamer will switch to YouTube, and the live chat and reaction to the video reflect enthusiasm for the transition. While one Fuslie fan admitted to crying with the popular streamer, and another felt it was hard to watch, one just wanted to thank OfflineTV for changing their lives.