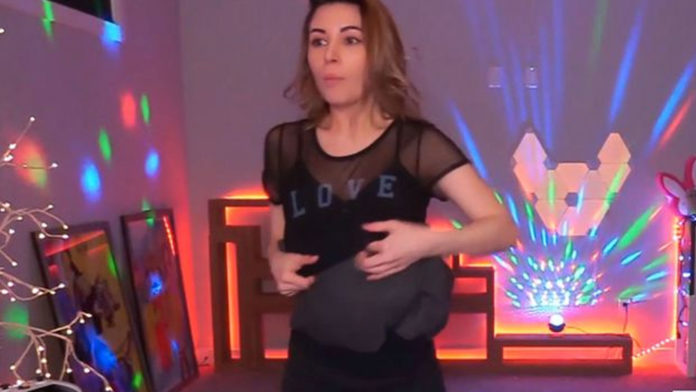 The controversy that started after Twitch publisher Alinity accidentally appeared while playing Just Dance ended with Twitch banning the famous publisher’s account. Alinity was among the most controversial Twitch publishers.

Alinity Devine, or more commonly known as Twitch, Alinity, was suddenly on the agenda during his Just Dance broadcast. The publisher wanted to show the pillow he had put on his stomach, accidentally opening his left chest.

While the 30-year-old broadcaster was almost shocked by the accident, he immediately removed the video of the event from his channel. However, this effort did not prevent the images from spreading on the internet and sharing the images.

Officially banned from Twitch
Despite Alinity’s efforts, Twitch did not leave this movement, which contradicts its broadcasting rules, unpunished. The publisher, who did not receive a penalty from Twitch at the first moment, encountered reactions from platform users. Users stated that they were uncomfortable due to the incident.

On the other hand, the name Alinity frequently came up with such cases. The publisher had a hard time last October when he accidentally showed off his underwear. He was also at the center of discussions with events such as mistreatment of his pets, drinking alcohol for his cat, using racist words in the live broadcast.

All the experiences ended with the banning of Alinity from Twitch. The publisher, who used the Twitter channel to make a statement on the subject, made a post that he did not seem to be disturbed by at all.

“Our hard work paid off”

Broadcasting a “celebration” message upon banning from Twitch, the publisher shared a post containing a gif that he laughed and applauded. In his message, he said, “I’m getting punished. At the end of our hard work, he paid off, good job, gentlemen. ”

Alinity had previously announced that he had banned himself from Twitch for 3 days. Banning yourself from Twitch was not a real thing, it was like a blindness to the fire, and it sparked the debate.

Alinity’s Twitch account is currently suspended and the channel cannot be accessed. On the other hand, it is not known how long the penalty will be effective and whether the channel will be reopened. You can watch the accident from the video below.