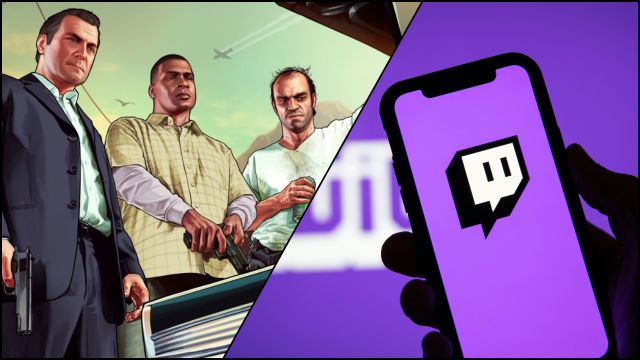 Twitch: Grand Theft Auto V achieves first place on Twitch in March 2021; the first time since its premiere. The platform continues to grow this year.Twitch has set a new record for views during this month of March 2021. After a year 2020 remembered by the pandemic, which significantly marked the projection of Amazon’s video platform, the service marks a new milestone with more than 2,055 million hours viewed accumulated during this third month of the year.

According to the latest report published by StreamElements and the associated firm Rainmaker, specialized in data analysis, Twitch has grown 105% in its views compared to this same point a year ago. You have doubled the number of hours on screen.

On the other hand, Facebook’s solution in this competitive market, Facebook Gaming, scores a better month than in February, but worse than in January, with a total of 400 million hours; one fifth of the purple platform.

Every streaming platform has as protagonists the content creators and the video games with which they accompany their live shows. In this case, March was marked by Grand Theft Auto V, a title originally published in 2013 for PS3 and Xbox 360 to then make the leap to the platforms where it has been most successful: PS4, Xbox One and PC. In total, 140 million copies sold.

The multiplayer mode GTA Online, which supports its success in roleplay, has taken Rockstar Games’ work to the top spot in streaming during March with a whopping 181 million hours; ahead of the 141 million hours of Riot Games’ fireproof League of Legends. The first time that GTA 5 managed to lead a month in this type of live video sites; specifically, he has done it on Twitch. The study takes as a reference its complete database, which covers from 2016 to 2021.

With the start of Marbella Vice, the new roleplay series by Ibai Llanos in GTA 5 this past April 11 on Twitch, the Rockstar video game faces a very encouraging outlook in terms of reproduction figures.

The death of the characters of the final season of the...