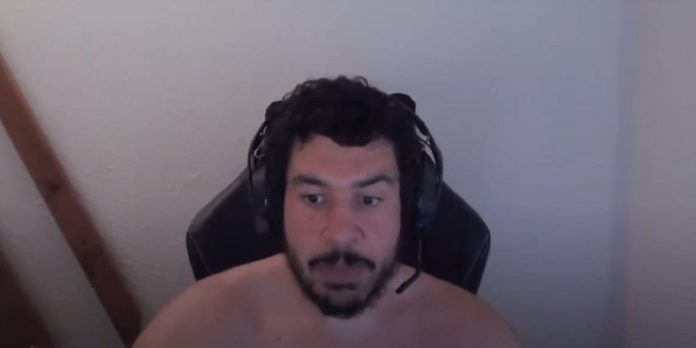 Popular streamers have been coming and going from the Twitch platform for many years, trying to strengthen their careers by switching to YouTube, but some call the streaming giant Amazon their permanent home. One famous Twitch streamer, known as Dmitry “GreekGodx” Antonatos, stayed on the platform for a long time, but just got another ban.

During a June 28 stream seen by Dexerto, GreekGodx launched into a bizarre tirade that included sexist comments about women and links to other Twitch streamers, which may have been the catalyst for his ban. GreekGodx has been broadcast on Twitch since the first days of the platform’s existence, and after returning from a long break, when he stepped aside to lose weight, the number of his subscribers is constantly growing. He returned in 2020 and quickly joined the organization Team SoloMid, of which Myth was once a part. GreekGodx remained part of the organization until the beginning of this year, and today it is not part of the organization.

During a recent Twitch broadcast that led to his ban, GreekGodx said several things that could be considered contrary to the website’s terms of service, including talking about vaccines, belittling other streamers on the platform, belittling deceived Ice Poseidon Twitch viewers and derogatory statements. statements about women. This came to a head when GreekGodx talked about what he was looking for in a woman, saying that if a Twitch streamer became interested in him, she would have to leave because he continues to stream. GreekGodx continued by stating that this will be done so that the woman in question can cook, clean and look after any children they have, in what he calls “teamwork.”

GreekGodx took several moments during the live broadcast to point out OTK member Mizkif as a person who loves drama and expressed critical words to the Twitch streamer, which also contradicts the terms of service. Although a lot of topics discussed by GreekGodx during this stream on Twitch could have caused Twitch to be banned, GreekGodx stated that the ban was caused by something more innocent: twerking in the stream. Since he was banned within a few hours of the broadcast on June 28, it is likely that what GreekGodx was officially banned for happened during the hours when he was on the air.

After the ban of GreekGodx on Twitch was confirmed, many community members and popular streamers expressed their opinion about the situation, including Asmongold, Mizkif and xQc. Although most GreekGodx fans expect a quick return to Twitch as soon as the ban is lifted, since the popular Twitch streamer has already been banned earlier, some suggested that he switch to YouTube, where he mainly publishes short films and updates videos at the moment. Several Twitter users who responded to the announcement of the GreekGodx ban suggested that the Twitch streamer needs therapy after his tirade more than he needs to lift weights or look for a girl.

MADiSON: Guide to Wells (how to unlock padlocks)