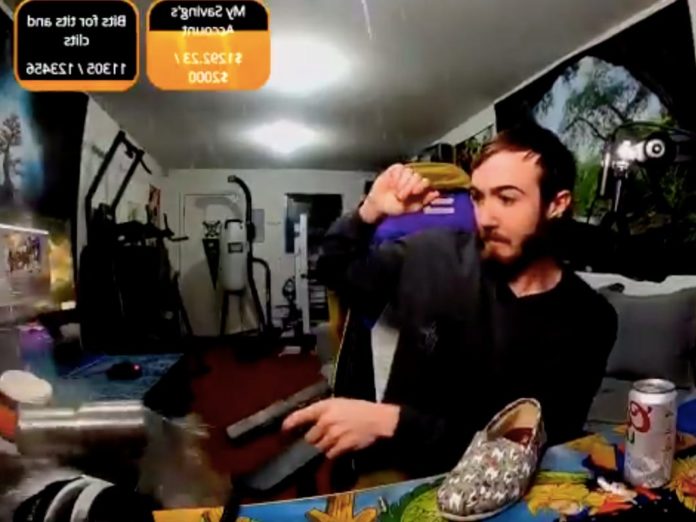 A Twitch broadcaster named Carl Riemer fired the gun in his hand during the live broadcast. Stunned by the explosion of the gun he thought was empty, the publisher’s Twitch account was suspended due to the incident. The publisher was also removed from SoaRGaming, where it received support.

Online broadcasting platforms are one of the most popular internet channels of recent times. Millions of broadcasters entertain their subscribers while they are having fun, on the other hand. Even the publishers who successfully carry out this business earn serious money through the publishing platform they use.

From time to time, we convey the news of some publishers to ban from these platforms, and now we are here with such news again. This time, the publisher banned in Twitch was Carl Riemer. Riemer, one of the popular names of the platform, was able to make its name known especially with its success in Call of Duty games. But now we can clearly say that Riemer’s acting career is at risk.

Riemer doesn’t open all of his streams via Call of Duty or other games. The publisher, who also opened chat broadcasts from time to time, wanted to chat with his subscribers in his last broadcast and triggered a gun that he thought was empty during the live broadcast. The incident, where no one was harmed, resulted in suspension of Riemer’s Twitch account.

The publisher posted an apology video on YouTube after the incident. Stating that he was drunk in the video he published and thought that the gun was empty, Riemer said that the guns are not toys and it is a big mistake to use them in this way. However, these statements were not a valid reason for reopening Riemer’s Twitch account.

Broadcaster who detonated a gun

This incident did not cause Riemer’s only Twitch account to be suspended. “SoaRGaming”, an e-sports team, also supported Riemer. However, after the incident, SoaRGaming announced that Riemer was removed from the list. Making a strong statement on Twitter, the SoaRGaming team said they would not tolerate such a situation.

A mistake made by Riemer caused the suspension of the Twitch account on the one hand and the loss of a significant supporter on the other. Although the publisher says he regrets, he is now on an irreversible path. Referring to the Twitch account in his latest statements, Riemer explained that he did not even know whether his account would be opened or not.

5 Ariana Grande Photos You Can Easily Recreate At Home

This is Prince of Persia: The Dagger of Time

Announced with Xbox Games with Gold Blob 2’s and more

EA CEO Officially Confirms The Sims 5 Is On The Road