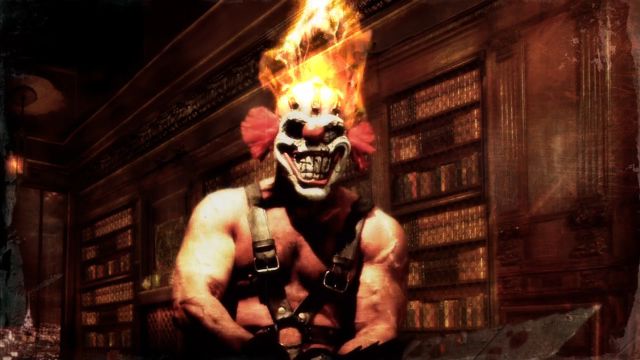 One of the great productions of PlayStation Produccions continues. Its screenwriters will be Rhett Reese and Paul Wernick, from Zombieland.

The television series based on the Twisted Metal video game saga continues. As Variety has advanced, which is one of the first series confirmed by PlayStation Productions in its plan to take its licenses to the audiovisual environment will have Rhett Reese and Paul Wernick in the script, known for having served as screenwriters in the films Zombieland and Deadpool .

According to the first confirmed details, the Twisted Metal series will be an action comedy with live actors. We do not know what the cast of leading artists will be, how many chapters there will be or if it will be an adaptation based on the original PlayStation video game. Presumably the post-apocalyptic setting will be maintained, but at the moment no more official data has emerged.

Regarding PlayStation Productions, we learned of the existence of this new division last May 2019. The department is headed by Asad Qizilbash and supervised by the head of Sony Interactive Entertainment Worldwide Studios, Shawn Layden. “We have 25 years of experience developing video games, and that has generated 25 years of great games, franchises and stories,” Layden said on the occasion of the announcement. “We believe that it is a good time to look for new audiovisual opportunities through streaming, movies or television.”

The Last of Us, the most media television production of PlayStation Productions

Last December we learned that Sony Pictures is preparing a total of seven television series and three movies based on PlayStation video games. That we can highlight, confirmed are the Uncharted movie starring the young British actor Tom Holland (known for being Peter Parker / Spider-Man in the Marvel Cinematic Universe) for February 11, 2022; and The Last of Us series for HBO with Craig Mazin and Neil Druckmann, currently undated, but with Pedro Pascal and Bella Ramsey as Joel and Ellie, respectively. The third name is the now protagonist, Twisted Metal.

For the rest, it is all the product of hearsay and speculation. Although there are other postulated names, we only have knowledge of these three names at the moment. Soon we will learn more about Sony’s audiovisual plans with PlayStation Productions.