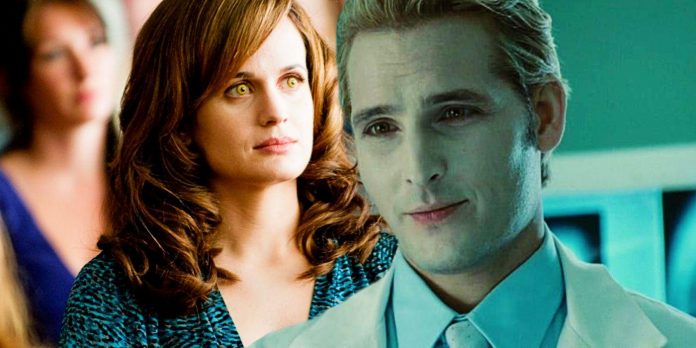 The Cullen clan from the Twilight franchise appears in the series fully formed, but the saga has a detailed backstory of how the family came together. By the time the Twilight saga begins, Bella Swan’s ageless love interest Edward Cullen has been living with the Cullen family for some time. The 108-year-old vampire met his foster family many years before the start of the series, and their personal backstories are not revealed in detail until the third Twilight film, Eclipse 2010.

However, the story of how the Cullen family was created over the decades is never fully revealed on screen. Viewers can piece it together out of context, but the deep history of the origin of the Cullen clan is set out only in the accompanying bible of knowledge, written by the creator of “Twilight” Stephanie Mayer. This book explains in detail how and when Carlisle was converted, how he met his girlfriend Esme and when they adopted the rest of the Cullens.

The Cullen clan appears in the Twilight series as a pre-existing unit, but how did the vampire family come about? The answer is scattered over many centuries, starting with the expulsion of Carlisle Cullen from England. This led to the fact that a young vampire settled in America, as a result of which he met a young Edward Cullen. After that fateful meeting, Esme and Carlisle met, and their relationship began. Eventually, the found family “adopted” Rosalie Hale and Emmett Cullen after turning them into vampires to save their lives before being tracked down by their last members Alice and Jasper.

The Origin Story of Carlisle Cullen

Born in London in the 1640s, Carlisle’s eternal life as a vampire had an ironic beginning. Although he was a sensitive soul who wanted to help people from a young age, Carlisle was born to a strict father who led paranoid witch-hunting patrols. This led to Carlisle being bitten by a vampire, and he ran away from home, after which he made an important discovery. Carlisle (and, accordingly, the Twilight vampires) did not need human blood to survive, instead the character lived off the blood of animals. This allowed him to behave with restraint and not endanger other people while he was living as a vampire. Carlisle eventually met the Volturi and lived with them for a while before throwing a party with the coven and moving to America.

Carlisle arrived in America and lived as a tramp for a long time, but the loneliness of being a vampire overtook him. In 1918, he was working as a doctor when he met a young Edward Cullen, a flu-stricken boy who was on the verge of death. Knowing that ordinary medical intervention alone would not save the boy, vampire Carlisle Cullen founded his own coven, turning Edward into a vampire, adopting the boy as his own after the death of Edward’s mother and passing him off as his brother. .

Carlisle continued to work as a doctor in cities across the United States, and Edward continued to pose as his brother wherever the duo moved. It was in this capacity that Carlisle encountered a young Esme Cullen, who was seriously injured while trying to commit suicide. Carlisle operated on Esme to the best of his ability, but, as with Edward, he understood that this alone would not be enough to save her. Carlisle offered to turn Esme into a vampire, and his patient believed him, because by a wild coincidence he operated on her earlier, when Esme was a child, and Carlisle lived in another city under a different name. Thus Esme Cullen became Carlisle’s girlfriend, Edward began to pose as their son rather than Carlisle’s brother, and the earliest iteration of the Cullen family was born.

How Rosalie and Emmett met the Cullens

Rosalie Hale’s path to becoming a vampire was marked by tragedy, as her ex-fiance and his friends brutally beat her and left her to die on the street. Fortunately, Carlisle ran into her at the right moment and managed to save Rosalie by turning her into a vampire, which gave Rosalie the opportunity to take cruel revenge on her tormentors. Rosalie then became a member of the Cullen family, posing as their daughter, and eventually met her match in the person of Emmett. Gentle giant Emmett almost died fighting with a bear, but he was saved by Rosalie’s intervention. He joined the Cullen clan in the traditional vampire Twilight manner when one of the coven vampires turned him to save him from life-threatening injuries, and then he spent the rest of his eternal life with them.

Why did Jasper and Alice track down the Cullens

Alice and Jasper’s path to the Cullen family is slightly different from the rest of its members.