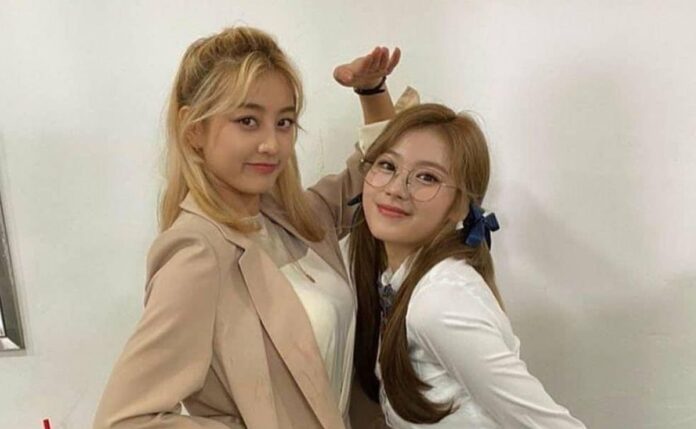 TWICE’s Jihyo and Sana have an emotional encounter after one of them had to undergo a preventive quarantine after being in contact with Chung Ha, the idols shared a video of their friendship on social media.

The JYP group is promoting their new single “Cry For Me”, a heartbreak ballad that shows karma and revenge after suffering for a bad boy; However, Sana could not be part of the activities after undergoing a test when she had contact with an idol who was positive due to the reappearance of cases in South Korea.

Through the official Instagram of the K-pop group, TWICE shared a video by Jihyo during her reunion with Sana, the idol was isolated for 14 days on a preventive basis, ONCE missed her in her absence and the leader also showed her emotion for have it back, the publication has already registered more than 2 million reproductions.

Jihyo decided to record all her way to one of the makeup rooms where Sana was, laughter and shouts of happiness were present in the clip, demonstrating the friendship and bond that exists between the members, especially after going through one situation that put your health at risk.

JIHYO AND SANA HAVE AN EMOTIVE MEETING

The first thing Jihyo did was run through the corridors until she reached Sana’s room, as if they hadn’t seen each other in months, she runs and hugs her, in the scenes you can see the idol’s smile for the reception she received.

ONCE welcomed her on social media and they hope to see her soon along with the rest of TWICE, there are still some awards galas missing and the group could have some appearances. Sana tested negative, but for prevention she had to spend a few weeks in isolation without being able to see her companions, the idol did not participate in the performance of “Cry For Me”.

See Also
TWICE's Jihyo is the best friend we all need

The emotional video is the perfect scene between two great friends who meet again, hugs and laughter in between flooded Jihyo’s video.

The one who also surprised ONCE was Dahyun, who carried on his Christmas tradition and gave the fans a piano concert.

Billie Eilish decides to stay away from social networks