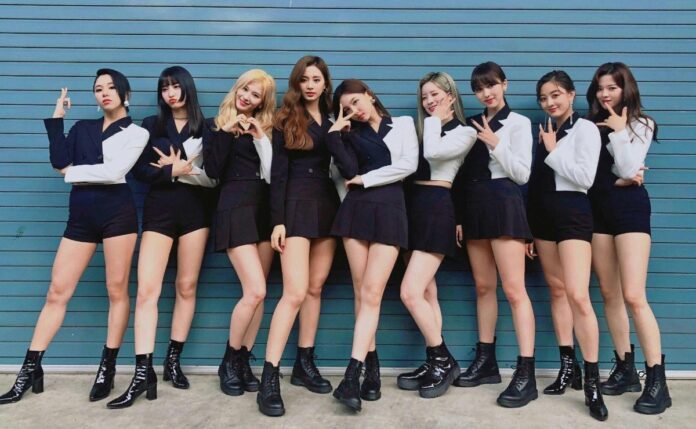 TWICE returned to the stage with a retro and energetic flair on I CAN’T STOP ME, the title track of Eyes Wide Open’s second full-length album by agency girl band JYP Entertainment.

Eyes Wide Open broke several sales records in Japan, South Korea and in the United States entered as one of the best-selling productions on Billboard and other platforms such as Apple Music.

Billboard recently released the list of the best K-pop albums of 2020, TWICE came in at number 6. Jeff Benjamin, music critic for the music magazine, described the production as a pop palette that expanded with a lot of participation from the music. idols.

He highlighted the creative contributions of Jihyo, Nayeon, Sana, Dahyun, and Chaeyoung as songwriters and lyricists, adding to the richness of the album’s concept, stories, and behavioral thread. The TWICE girls showed with Eyes Wide Open that they are conquering new sounds.

TWICE’s eyes are clearly on proving they can handle anything

Have you listened to TWICE’s new album yet? Next, we will present you 5 songs from Eyes Wide Open that you should enjoy and should not be missing from your playlist. Take note of the recommendations!

I CAN’T STOP ME

The main song of Eyes Wide Open had an interesting mix of sounds, the retro intro with the protagonism of the synthesizer gave it a unique style, it is an ideal song to listen to if you want to feel powerful and strong.

It is one of the Eyes Wide Open songs that demonstrate the vocal quality of the TWICE members. The melody is intimate, the intro with acoustic guitar and pops give it a mysterious and harmonious touch.

The third track on the Eyes Wide Open tracklist talked about loneliness, hard days and nostalgia, which is in stark contrast to the contagious danceable melody.

Say Something is a song from the musical genre City Pop, famous in the 80s in Japan. TWICE’s song was about the city routine, the stress, and the romance of a heart in love.

It is one of the darkest songs in TWICE’s discography, the Eyes Wide Open track explained a love story that has two faces, sometimes love seems like hell in heaven.

CONFIRMED, BTS WILL BE PRESENTED AT THE 2020 GRAMMY AWARDS