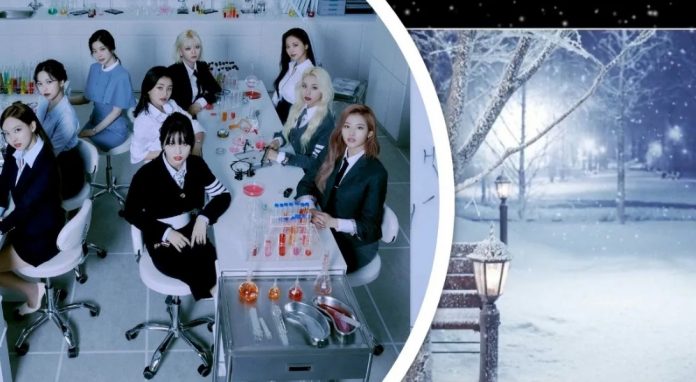 When does TWICE’s Donut debut? The idols will soon have their Japanese comeback. TWICE has everything ready to present more music for all their fans and with a new song in Japanese they will take the senses of the world, when will we hear this new song?

TWICE idols have not stopped working this year, they have been succeeding with all their releases, ONCE had ‘Taste of Love’ in Korean and enjoyed all the talents of the artists , and although that era ended, the girl group quickly came back with Japanese album ‘Perfect World’ .

Recently, TWICE released ‘The Feels’ , their first single in English that shocked the world with an excellent MV and with all the K-Pop style , but completely in another language; Besides that they are already ready for the release of their new album ‘Formula of Love: O + T = <3’ and their fans will have a lot of music to enjoy.

And now, ONCE is surprised because TWICE announced a new single, the idols will have a Japanese comeback , where the winter theme will reign and the soft snow will accompany the artists of this girl group, when can we hear this new song ?

Through the official account on Twitter of TWICE to Japan , the Idols announced their upcoming Japanese single will be called ‘Donut ‘, the release will contain two songs , one with the same title as the single and another called ‘Wonderful Day’ ; In the first teaser we can see a park in winter , full of snow .

So very soon we will have more music from TWICE so that we can enjoy the talents of all their idols.

WHEN DOES TWICE’S DONUT DEBUT?

The release of this next TWICE Japanese single will be on December 15th , so the TWICE girls will premiere ‘Donut’ to give ONCE a soundtrack for Christmas <3.

There are still a couple of months until this release but ONCE already has the excitement to the fullest for this TWICE comeback , it will surely be a high quality song as the girl group has accustomed its fans.

PES is Now Called eFootball, Changes Engine and Will Be Free