Home Celebrity TWICE reveals the first trailer for More & More, their next … 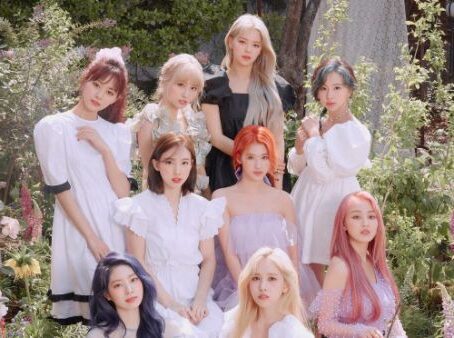 TWICE shared the first official trailer for their comeback with ‘More & More’.

Very soon TWICE’s ninth mini album will be released, little by little the individual teaser videos of the JYP Entertainment girls for this comeback have been revealed, today the official trailer for ‘More & More’ was released.

In the official trailer you can see the idols in contact with nature, in a first shot Dahyun, Mina and Nayeon appear, later Sana, Momo and Tzuyu are shown living with a small rabbit, then Chaeyoung, Jeongyeon and Jihyo .

The whole atmosphere of the ‘More & More’ trailer takes place in a place surrounded by different natural elements such as flowers, trees and some animals, the girls wear light-colored dresses, except for the Jeongyeon outfit, which is in black.

On their Instagram account, the members of TWICE constantly post images that have to do with their comeback, in some of the posts the girls show off the looks and hairstyles that they seem in the video trailer and that they apparently used in the official video of ‘ More & More ‘.

On June 1st ONCE will be able to enjoy the official record material and video of ‘More & More’, some fans of the group are quite excited to hear more music from the 9 TWICE girls.

Check out the official trailer for ‘More & More’:

Angelina Jolie goes on a shopping spree with Shiloh!