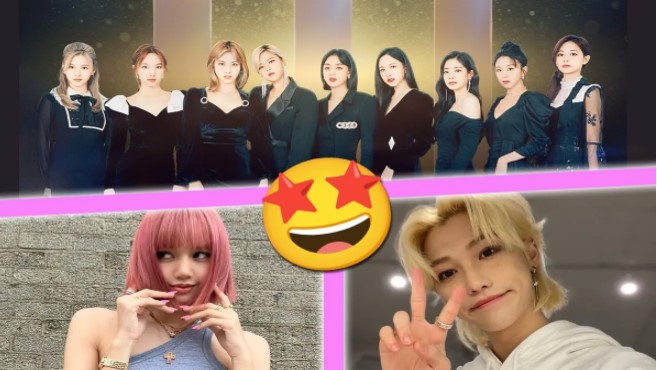 Which idols went to TWICE’s concert in Korea? We tell you about the celebs that were seen among the audience of III, the new world tour of the girl group.

The TWICE girls prepared to return to the concerts with live audiences and brought their energy to all the fans who enjoyed the shows, whether online or in person. There is no doubt that we missed musical shows of this type and that is why no one wanted to miss this event.

The start of TWICE’s world tour named after III brought together not only a large number of fans, but also several stars from the world of K-Pop who surprised everyone as they entered the venue.

The first two concerts of the girl group took place in Seoul and were specifically developed at the KSPO Dome, so many idols were able to attend the events, here we tell you who was at the concert

IDOLS WHO WERE IN III, TWICE’S CONCERT

To begin with, the support of the JYP Family was present and therefore the girls of ITZY, Felix of Stray Kids, the members of Xdinary Heroes and even J.Y. Park were part of the audience that cheered them on.

Also, during the first show, VIVIZ’s SinB and Eunha attended the event, as well as actress Jung Hye Sung.

For the second dates the surprises continued, as BLACKPINK’s Lisa attended the show alongside (G) I-DLE’s Minnie, Miyeon, and Shuhua. Likewise, Yubin and YGX’s Lee Jung Lee were spotted at the scene.

TWICE RECEIVES SUPPORT FROM OTHER CELEBS EVEN ONLINE

Although we already mentioned some artists who attended TWICE’s concert in person, there were also those who followed the live broadcast and the girls from NiziU were some of them.

Members of the Japanese group JYP Entertainment shared with their fans that they had enjoyed the performances, and they moved everyone with this gesture.

Learn more about Lisa and Minnie’s experience in this concert, we will tell you how they enjoyed the festive season together.

BTS’s Jin reacts to his merch controversy, how expensive is it?