Home Entertainment TWICE Listens To BTS, Momo And Nayeon Are Part Of ARMY 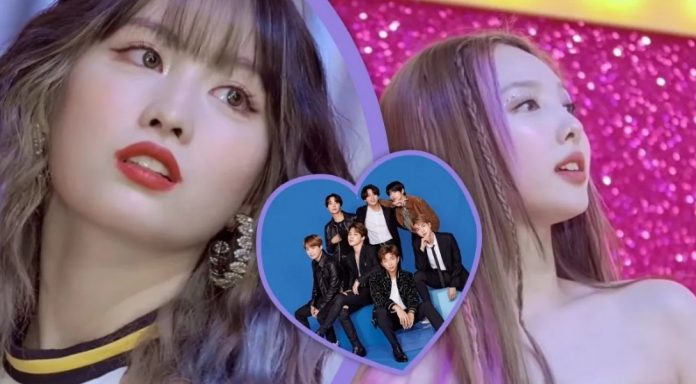 TWICE idols prove they are BTS fans and started singing boy band songs. Nobody can resist BTS songs, even the members of TWICE began to sing the songs of this band, what are Momo and Nayeon‘s favorites?

TWICE is one of the most relevant girl groups in K-Pop , the idols of the group are very talented and show great power on stage every time they take it; dominating the industry with millions of fans around the world and giving everything for music .

On the other hand, BTS is the most recognized K-Pop group on the planet, the members of Bangtan Sonyeondan have worked hard to achieve the great success that they enjoy today; and nobody is saved from being a fan of this boy band , its fandom has all kinds of people, actors, athletes and even other idols .

What does TWICE and BTS have to do with it ? Well, in addition to being very recognized groups and with talented and talented artists , we could see that the idols of the female group enjoy Bangtan’s songs and could not resist, so they began to sing.

Momo and Nayeon of TWICE were transmitted through VLive but only with audio, at some point in their live put the song ‘Butter’ of BTS and sang; this excited fans who support both groups, wouldn’t a collaboration be great?

This is how Momo and Nayeon showed their most ARMY side and how much they love this great song by the Bangtan Boys .

Twice’s Momo And Nayeon Also Listen To Lalisa And Txt

In addition to listening to BTS, the idols of TWICE also heard other songs, including ‘Lalisa‘ by Lisa of Blackpink , solo debut made an impact in the world, and Momo and Nayeon could not be left without hearing and chanting this track.

Twice members Nayeon and Momo listened to Lalisa on vlive and sang along to the song.#TWICE #MOMO #NAYEON #LISA pic.twitter.com/Ve63pkG1pU

Another song from the playlist of today and Nayeon Momo was ‘Magic’ of TXT , a track but also enjoyed in their live.

Can you imagine a collaboration between Lisa and TWICE ? It would be great if more of our favorite idols share the studio and combine their talents , because they all have a unique essence that they can adapt perfectly.

How the Apple Iwatch Virtual Trainer Will Help You Run Better