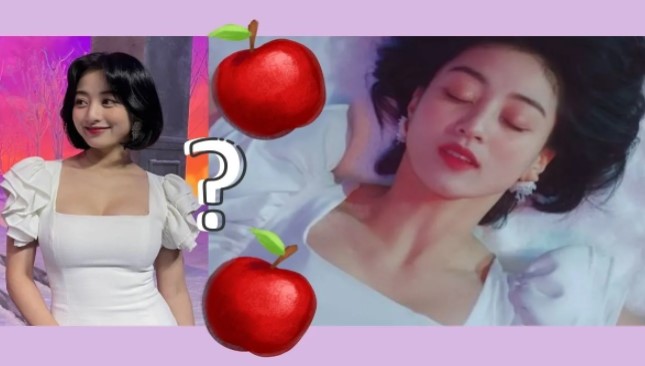 TWICE’s Jihyo has left fans open-mouthed thanks to her changes in looks like haircuts and colors, but now all eyes are turning to her for her strong resemblance to Snow White.

Over the years, Jihyo has experimented a lot with her appearance, especially with the changes in her look, going through the most classic hair colors, to the most risky and fun.

One of ONCE’s favorite haircuts for the leader of the band is shoulder length and dark, showing a sweet and very special side. This has brought her many comparisons to some animated characters, such as Snow White.

An Instagram artist has carried out a project in which he has the challenge of converting animated characters to human beings, with more realistic features and more natural proportions.

Several media outlets used the artist’s work and compared it to Jihyo’s face and now that she is wearing her shoulder length haircut with all her splendor, the similarities are much more visible, such as the round eyes and big. : 0

Immediately, articles about TWICE’s Jihyo’s resemblance to Snow White gained traction on social media, online search engines, and communities, setting the trend and showing the effect of the leader.

Some of the fans were taken aback by Jihyo’s beauty and asked that she be the next to bring Snow White to life in a movie. More positive reactions and compliments are expected for the JYP Entertainment idol.

Everything Kim Cattrall said about leaving Sex and the City: “Saying...