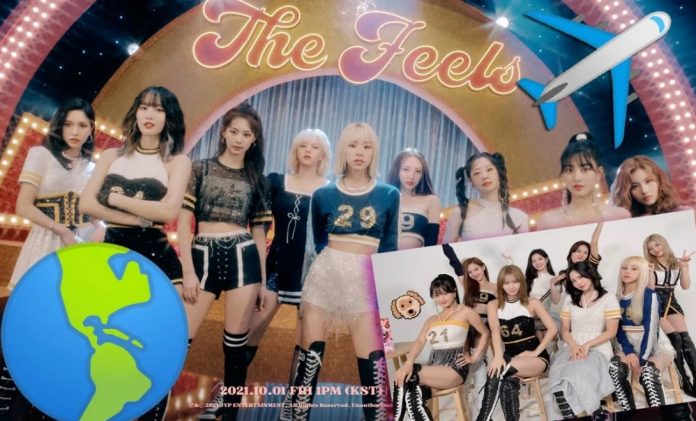 TWICE‘s girls to meet fans again and world tour thrilled all ONCES. JYP Entertainment’s girl group has good news for their fans, TWICE will be back with more music and a concert series that every fan will love.

Did you enjoy TWICE’s new song? The singers just released The Feels along with a colorful music video that filled us with excitement, but although ONCE was looking forward to the right moment to see the MV, that was actually the beginning of a huge dose of totally unexpected emotion.

The clip was released successfully and has already exceeded 9 million views, it let us see the idols having fun and getting ready for dance while singing to love, but when we reach the end of this video the image of the idols becomes a poster with a spectacular advertisement.

The image reveals that TWICE will be making a new comeback during November, and the idols are also planning their concert comeback with a world tour.

TWICE: WHAT WE KNOW ABOUT THE TOUR AND COMEBACK

The last tour of TWICE was interrupted and suspended due to health difficulties that the world began to face in early 2020 but is now ready to return to the stage in front of ONCE.

Although many details of the tour have not been revealed yet, it was announced that the girl group will have a Korean comeback during November and it will be with their third full album since its debut.

As if that were not enough, the idols will celebrate their anniversary with a whole week of surprises that will be revealed during the month of October, are you ready for the excitement with these girls?

The Last Kingdom season 5: after the end of the series, a film will be shot