Home Celebrity TWICE cancels one of their concerts in Korea, what happened? 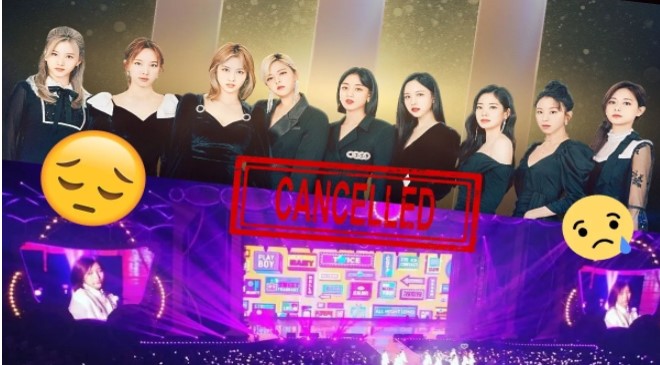 ONCE from Korea was more than ready to celebrate Christmas with his favorite idols, as TWICE would perform on December 24 with an in-person concert, but this has been canceled, generating sadness and anger in the fandom, what was that happened?

After a long wait, the face-to-face concerts began to resume and TWICE soon announced their next world tour, starting at Christmas to delight ONCE from Korea, the first dates would take place in the country and the fandom was filled with hope. with this ad.

TWICE also scheduled concerts for the United States and their fans could not be more than happy to be able to see the idols once again live and direct, the popularity of this girl group in K-Pop is quite wide and they were expected to be. more events announced in different countries of the world.

Although it seems that the situation in the world at this time is calmer, perhaps not everyone is ready to have concerts with a large number of people again, there are still measures that we must save and perhaps this also extinguishes the hopes of ELEVEN.

JYP Entertainment, the agency that handles TWICE’s career, has announced the cancellation of the first of their live concert dates, what is the reason?

According to the statement that JYP has released, the first date of TWICE’s tour in Korea would be canceled, it is their presentation on December 24, this is because social distancing measures must be respected.

Sanitary measures in Korea dictate that from December 19, the concert halls will only work until 10 PM, that is why they decided to cancel the first concert, those of the dates of December 25 and 26 will be held and on the 26th there will also be an online concert.

Many fans expressed their anger and sadness for this cancellation, they believe that they were able to hold the concert earlier and continue to comply with the sanitary measures imposed by the government.

In addition to Korea, TWICE also confirmed dates for the United States, and even added a couple more due to the great demand they had in the country causing the sold out in most of their events, ONCE hopes that more concerts and venues will be added to this. world Tour.

February will be the month in which ONCE from the US will be able to see TWICE live, hoping that things will go well and there will be no more cancellations.

BLACKPINK reveals teaser photos for their next comeback