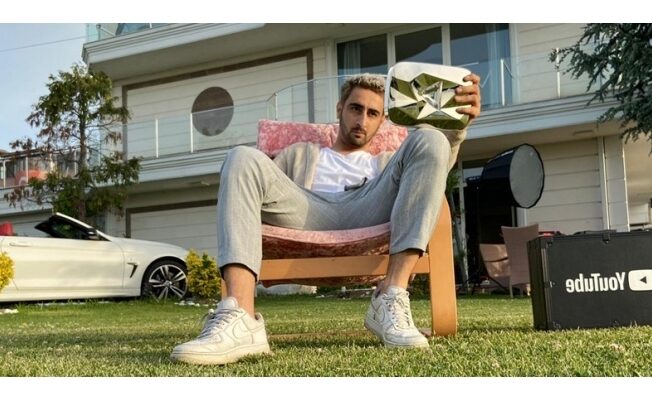 A video by YouTuber, İlyas Ay, has reached 3 billion 300 million views. Ilyas Ay’s video, which reached huge watching numbers, was among the top 10 most watched videos of YouTube.

In the Russian YouTube channel, which has 14.7 million subscribers of İlyas Ay, the video “I learn colors with colorful eggs on the farm” was viewed 3 billion 300 million times in a short time. The month’s 3 billion-viewed video managed to become one of YouTube’s top 10 most watched videos with this number of views it captured.

İlyas Ay, who has reached a very high number of subscribers with two YouTube channels for children, said that the content produced for children recently attracted a lot of attention on video sharing platforms. Ay stated that in the first place, he decided to become a publisher in YouTube Russia with small entertaining and instructive videos. Saying that his videos reached a serious audience in a short period of time, İlyas Ay added that people are texting him for new videos.

When we look at the YouTube channel Мирошка ТВ, we see that the video “I learn colors with colorful eggs on the farm” is really watched incredibly. However, other videos of the channel were not watched at the same rate. Even the last video of the channel uploaded two weeks ago has only 78 thousand views.

The video titled “I learn colors with colorful eggs on the farm”, published on the Turkish YouTube channel Miroska Tv, which has 1.33 million subscribers by İlyas Ay, also achieved great success. The video was viewed more than 230 million times on Miroska Tv.