Home Tech Turkey has achieved the first in the history of NATO! 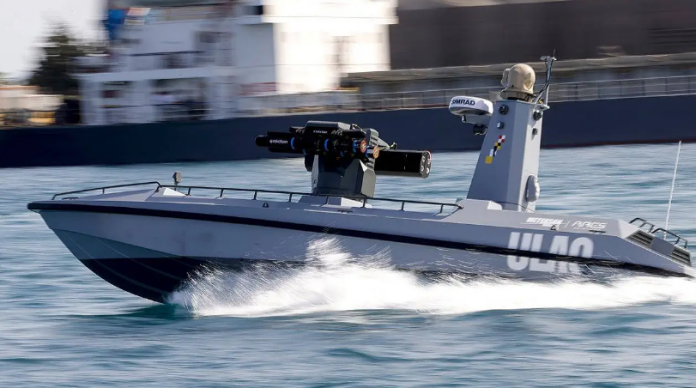 Developed by ASELSAN and the Sefine shipyard, Marlin SIDA has opened new horizons by participating in international NATO exercises.
Turkey has managed to enter the top three in the world in terms of the number of unmanned aerial vehicles it has developed. In fact, these SIHA are changing the rules of the game in the wars they are involved in. Now we see that a similar situation is observed in marine vehicles. So much so that the new Marlin SIDA has opened a new page in the history of NATO.

We talked about various SIDA called Ulaq, Salvo, Sancar, Albatros S and Mir, which were developed in the past in cooperation with the state and private sector of Turkey. While some of them can move in packs, some of them can be used as coastguards and patrols.
However, Marlin SIDA, which has entered the history of NATO today, has a unique feature. This naval vehicle, developed by ASELSAN and the Sefine shipyard, was used by NATO in international exercises as the world’s first SIDA with electronic warfare capabilities.
Thanks to its electronic warfare systems, Marlin can jam radars and the communications network of enemy forces. Thus, the ships that he accompanies can temporarily and under certain conditions become invisible to radars.

Of course, Turkey is not alone in this area. It is known that especially the United States, China and Russia continue to work on unmanned submarines and SIDA. However, the fact that a large number of these cars with various functions were produced in Turkey in one year is a great success.
In fact, we can say in advance that the successes that we see in the air are being realized at sea. In addition, we see that in the next 20 years, unmanned combat aircraft will come after SIHA. The situation will be similar with ships.
If we give an example scenario for the point reached, these SIDA, which contain many elements from cruise missiles to missiles and electronic warfare, can perform a joint operation of 6 or more in a herd.
He can approach the target unnoticed, destroy it and return it. In the event of a possible failure, human life will not be in danger and its cost will not amount to one tenth of the cost of a warship. In other words, everything we said about unmanned aerial vehicles applies here as well.
What do you think about this subject? Don’t forget to share your opinion with us in the comments!