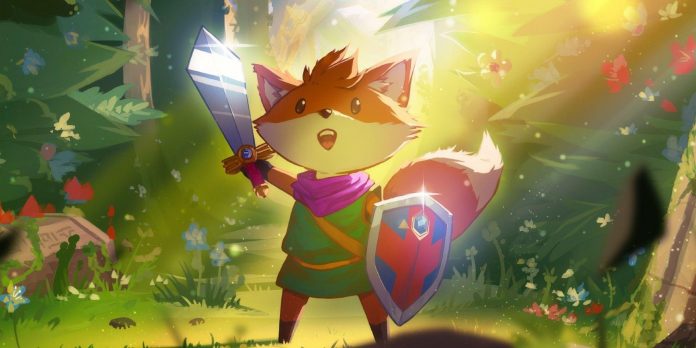 One of the most famous indie games of 2022, Tunic, is getting ready to launch for the Nintendo Switch, and very soon. Today’s presentation of Nintendo Direct was not without news: the main announcements, including Pikmin 4, the release date and the official name of the sequel The Legend of Zelda: Breath of the Wild. Against the background of all these discoveries, it was confirmed that the Zelda-style adventure game from developer Andrew Shouldis will appear on Switch on September 27.

It’s time to launch Tunic for another platform, as it has been exclusive to PC and Xbox since its debut in March this year. Nintendo fans won’t be the only ones to benefit, as Tunic will also be released on PS4 and PS5 this day after confirming the PlayStation release earlier this summer. Considering that many fans have been waiting for the opportunity to play Tunic since it was first introduced in 2015, it shouldn’t be difficult to wait another two weeks.

Putting players in the role of a nameless fox, the game immerses them in a bright isometric world and leaves them alone with its dangers and the disclosure of its secrets. While inspiration from the classic Zelda games is more than obvious, Tunic also draws inspiration from Dark Souls and the like in its approach to combat, exploration, and environmental storytelling. As a result, many critics praised Tunic for its unique ways of playing with classic and popular game tropes.

Tunic, more than most similar games, is built on hiding things from players. Most of the text of the game is written in an unknown language, and most of the key information about objects, puzzles and much more is revealed only by collecting pages of the in-game instruction manual. This may make the game less appealing to those who prefer more casual adventures, but will probably be a welcome challenge for those who want to unravel one of the most challenging worlds of any recent game.

September turned out to be a busy month for Switch owners: the recent launch of Splatoon 3 was supported by well-known indie games such as Ooblets and TemTem. It is planned that this will continue until the end of the month with games such as Return to Monkey Island, The DioField Chronicle and Shovel Knight Dig. Tunic, without a doubt, will be a great addition to this lineup, and will also give Zelda fans something to quench their thirst for adventure while they wait for the new Legend of Zelda: Tears of the Kingdom game, which will be released next spring.

Tunic is available for PC, Xbox One and Xbox Series X/S and will be released on September 27 for PS4, PS5 and Switch.

It is confirmed that the remaster of Bloodborne exists only in...