Home Celebrity TUDUM, what to expect from the Netflix event? From Jennifer Lawrence to... 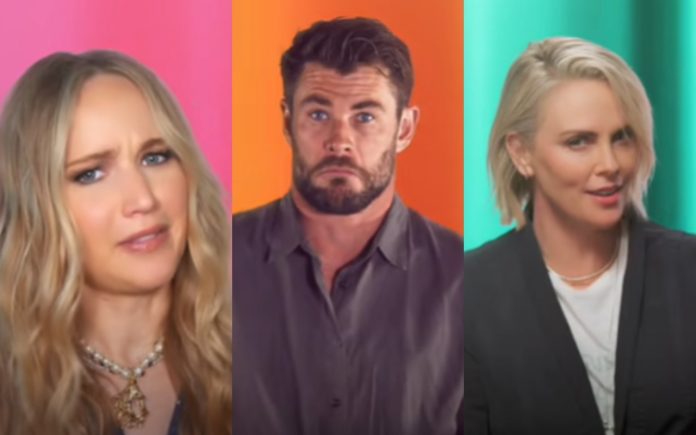 An “all star” event that will involve, among others, Oscar winners Jennifer Lawrence and Charlize Théron as well as “Stranger Things” star Millie Bobby Brown. All ready for the highly anticipated TUDUM, the streaming event promoted by the Netflix platform . Live from the platform’s social channels (both Youtube, Facebook and Twitter), the appointment will take place on Saturday 25 September and will have numerous surprises in store for subscribers. In fact, users will have the opportunity to preview images and clips of some of Netflix’s most loved and popular series. From the second season of The Witcher to that of Bridgerton, passing through the dystopian blockbuster Don’t Look Up, it will be an all-star event full of great news.

TUDUM: an interactive window promoted by Netflix
Historic event promoted by the Netflix platform. For almost two years now, video streaming activities have witnessed an undeniable intensification, also considering the restrictions due to the health emergency. To reconfirm its excessive power was the American company which therefore chose to promote this more interactive showcase, opening up to dialogue with its subscribers. The TUDUM event was born from this need, which will take place next Saturday 25 September. It will be three hours, during which 145 guests will alternate for a total of 70 titles who, in the coming months, will land on the platform.

From Charlize Théron to Millie Bobby Brown (Stranger Things Eleven); from Jennifer Lawrence (star of Don’t Look Up) to Chis Hemsworth and The Rock. TUDUM will therefore boast the presence of some of the most beloved faces of the small and large screen. Opening the dance will be Lily Sigh, who will be at the helm of the first hour of the event. Furthermore, during this segment, some clips of the new Red Notice film will be shown exclusively. In the first hour, a first look at the new seasons of Ozark, Bridgerton will also be offered and a welcome surprise will be found regarding Stranger Things. The second hour of the event will be handled by Finn Wolfhard and Caleb McLaughlin.

In addition to exclusive clips from The Sandman, Vikings: Valhalla and Cobra Kai season 4, a preview of Cowboy Bepop will be presented and the new Tyler Rake movie revealed. At the same time, we will be able to attend a panel dedicated to the heroines of action movies: Regina King, Charlize Théron and Zazie Beetz will be among the faces present. The third and final segment of the event, led by Nicola Coughlan of Bridgerton, will close with a flourish. In fact, a preview clip of Don’t Look Up will be shown, announced the release of the second season of Emily in Paris (complete with an exclusive trailer) and a special greeting will be dedicated to the “new” Queen Elizabeth of The Crown. TUDUM will start at 18:00, however, anyone wishing to attend some pre-shows, in which Korean and Indian series will be presented, will be able to connect which time before, starting at 14:00.