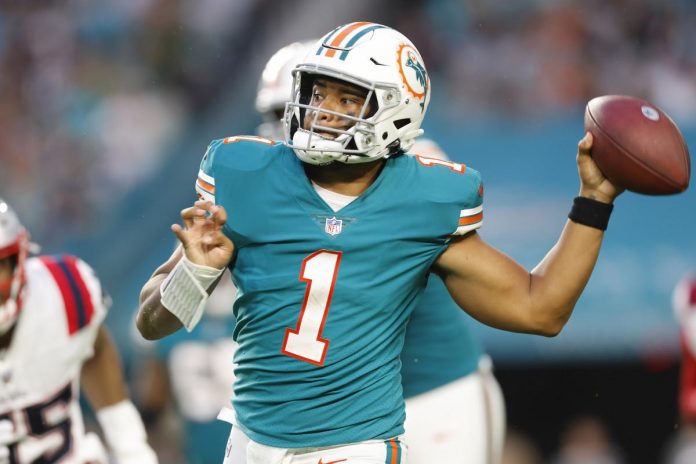 While he was doing this, social media contributed by trying to remind Tua that he is not very good. Whether it’s a lack of arm strength, mobility or something else, social media seems to be a vendetta against the former Alabama star.

Tua has heard all the criticism, and he doesn’t care.

Here’s what he said via Pro Football Talk:

“I don’t know any of these guys. So if that’s what they want to say, then that’s good for them,” Tagovailoa said. “It’s probably good that they’re talking. They draw people on clickbait or I do not know what it is. But for me, if I can’t hear you, then you’re not that important to me. If you are in my circle and I hear you, what you say, then obviously you must be extremely important to me. So if I don’t hear it, it probably doesn’t matter.”

It’s probably for the best that Tua focuses on what he can control and on criticism from the people closest to him, rather than on social media.

We’ll have to wait and see if he can prove the doubters wrong this season.

It is reported that the Utah Jazz newcomer was in a...