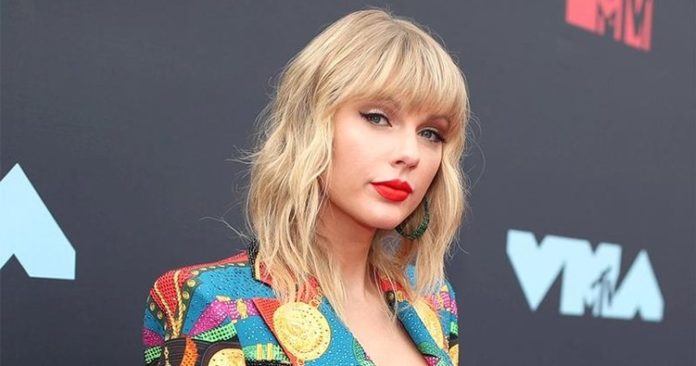 The truth of the controversy between Taylor Swift and Kanye West. After almost 11 years, did the truth come to light?

The controversy that starred Kim Kardashian, Kanye West and Taylor Swift began 11 years ago. During the 2009 VMAs, the rapper ridiculed the singer when he was commissioned to present her with one of the most important awards of his career.

Since then, Taylor tried to defend herself when Kanye insulted her in her song “Famous” , the fight was divided in opinions, even Kim Kardashian argued in favor of her husband and said that she always agreed with the song, “verified” it by posting videos of the phone call they had; however, the truth seems to have come to light.

HE LITERALLY BEGGED TAYLOR TO PROMOTE HIM CAUSE HE KNOWS HE CAN'T ACCOMPLISH SUCCESS BY HIMSELF AND THEN HE HAD THE GUT TO CALL HER A BITCH AND SAID THAT HE MADE HER FAMOUS, WE HAVE TO LAUGH CHILE #TaylorToldTheTruth#KanyeWestIsOverParty pic.twitter.com/aGXtaazuhb

On social media, a video of Kanye circulates in a recording studio while talking to Taylor. The rapper talks about “Famous” and at first he seems a little embarrassed to show her the line he wrote for her, seconds later, he sings the part where he mentions it, but the lyrics are totally different from what appears in the original version of the song.

I usually hate this things but today is a good day, Taylor told the truth all this time and YALL called her liar & fake victim, I'm so sad for those who hated on her and for kanye. can now believe in her and not on scooter and J*stin? bc looks so similar. #KanyeWestIsOverParty pic.twitter.com/tF2ovXGi6A

The origin or source of that video is not known, but it coincides a lot with Taylor’s statements last year, she mentioned that Kanye can be someone very hypocritical and said although she may well have recorded her conversations and demonstrate that she always told the truth, He did not do it because it could have legal consequences.

Taylor Swift fans have demonstrated their support on Twitter with various hashtag, the singer had a difficult period when the controversy happened, she even used a snake in her “Reputation” era as a way to make fun of the negative comments she received at that time.

Apparently, Johnny Depp is no longer meeting with his lawyer on...